The Greatest Mining Games Ever 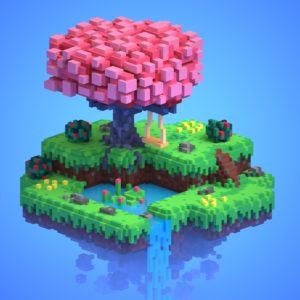 Mining and gaming are both ancient human activities, with traces of each being found among our earliest archaeological records. As such it should come as no surprise that over that long span of history, the two have commingled in sometimes surprising ways.

Below we’re looking at one such example – the greatest mining games ever. Each represents unusual innovations and are among the most successful and popular games played across the globe today.

This classic banking games inclusion on this list may strike you as surprising, but if you dig a little bit into the history of this title you’ll soon find that blackjack is actually the king of all mining games. Blackjack belongs to a large family of games known variously as Twenty-Ones, due to this being the score players hope to reach in order to win maximum points for a hand.

Blackjack’s distinctive name has several myths attached to it – the most popular being that its name comes from a promotion run in gaming saloons in the early years of the 20th century. The story goes that players would win a bonus if they scored a blackjack, which was taken to mean any hand that featured one of the two black-suited jacks in a deck, and an ace. While there’s no smoke without fire, and it’s quite likely that over time the meaning of the name took on this additional layer, the true meaning of blackjack appears instead to be of mining origins.

In 1896 gold was discovered in the hills of the Yukon basin in Alaska, leading the region to witness a huge influx of miners and prospectors seeking their fortunes. With little else there to entertain themselves, these miners played a lot of the French variant of Twenty-Ones, Vingt-un.

Over time, the miners began to refer to a winning hand as a blackjack, and before long the game itself took on this name. Blackjack was originally a nick-name for a type of mineral deposit called zincblende, otherwise known as sphalerite. Finding this substance was good news, as gold was typically found in context with it.

As such, the notion of blackjack signaling “striking gold” transferred to this classic card game, and the rest is history. Now blackjack is enjoyed by a new generation of players through online variants hosted on reputable platforms, and while few know the true mining origins of the term, its popularity endures to this day, outshining all other related titles.

This game started life under the title “Cave Game” before taking on its far better known, and more catchy moniker, Minecraft. Developed in 2009 by Markus “Notch” Persson using basic JavaScript, Minecraft is a game unlike any other. Part survival sim and part lego building set, Minecraft has inspired millions of gamers of all ages to create, play and explore its pixelated universe.

Over time Minecraft has grown to incorporate new play-modes, worlds and mechanics, while retaining its core focus on shaping the environment in order to solve puzzles or construct wondrous buildings and habitats. Nowadays Minecraft is one of the single largest multimedia franchises in the world. No less than 141 million active players regularly log in to the game, with many citing it as a uniquely meditative and relaxing gameplay experience.

In 2014, the game’s intellectual property was purchased by technology giant Microsoft for $2.5 billion, a phenomenal sum. While exact figures on the game’s total revenue are elusive, it’s safe to suppose it’s in excess of $2.6 billion, putting it in a similar league with Marvel and Star Wars among the leading media franchises of the 21st century. This is especially apparent given that, with 238 million sales thus far, Minecraft is currently the best-selling game of all time.

In 2020 alone, Microsoft stated that Minecraft made $415 million from its console and PC versions, and a further $110 million from its mobile port. This is all without factoring in the enormous and lucrative income that must be generated through Minecraft’s considerable merchandising subsidiary.

The Greatest Mining Games Ever