Home»Food»Drink Local»Setting Back with a Beer and a Book – Southern Oregon Beer: A Pioneering History by Phil Busse
Drink Local/Food

Setting Back with a Beer and a Book – Southern Oregon Beer: A Pioneering History by Phil Busse 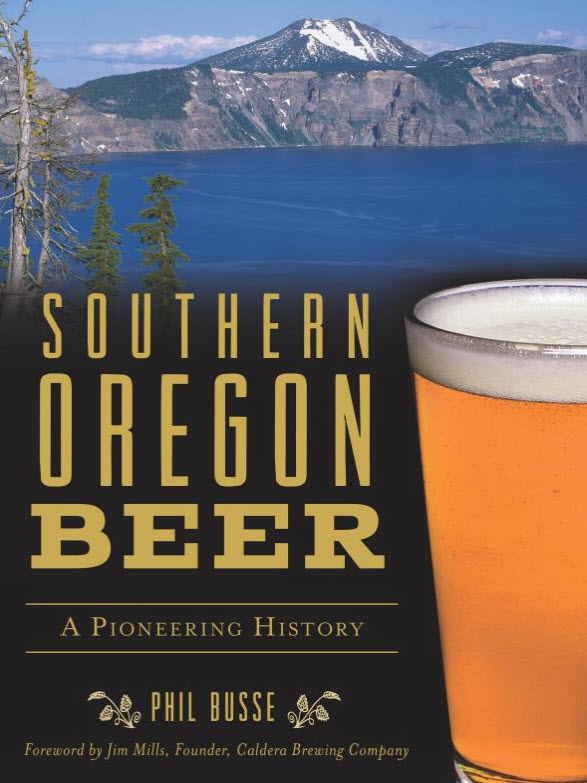 I spent a lot of time engrossing myself in history books. I went to school at OSU for history, meaning I spent most of my time reading dusty old tomes written about dead white guys, talking about government and liberties and pursuit of property and stuff. I’ll be honest, most of it was really dry, which is just a nice way of saying dreadful. Historians, for all of their brains and attention to detail, rarely know how to spin a story.

So finding anything that has historical relevance and can keep the reader’s attention is always a breath of fresh air. I got an advanced copy of (the Messenger’s Publisher) Phil Busse’s book, Southern Oregon Beer: A Pioneering History, and got a chance to read through the first few chapters and his book is exactly that.

The book, as the title would suggest, gives a history of southern Oregon’s rich background in brewing. Anyone who knows anything about brewing knows that Oregon can be considered the (un)official brew-mecca of the United States. It has one of the highest breweries per capita in the nation, and is home to dozens of powerhouse breweries that distribute all over the United States and the world. Often times, people think of Portland and Bend as Oregon’s go-to spots, but the reality is the history of brewing in Oregon has more ties to Southern Oregon than one would expect.

If you read my review of Climate City Brewing, you’ll know that the brewery had opened and closed several times, but the building itself was first constructed and brewed in in the 19th century. This history is expanded in Busse’s book. Climate City had one of the first female brewers of the time. Jacksonville itself is also the center of brewing in the state, which is quite odd considering just how hard it would be to get any sort of supplies or equipment out here. But, as the old saying goes, put a river between a man and his beer and he’ll build a bridge… wait is that a saying?

Busse’s refreshing and academic look at the history of southern Oregon’s breweries is expansive and it’s plain to me he has done a lot of research. Because of the content and his writing style, it’s a very easy book to digest. When I first got it in my hands, I found myself reading it for long periods of time, and its readability makes it an easy coffee table read as well. It’s a book that seeks to inform readers about our rich history.

As an avid beer drinker and researcher, I was pretty sure I knew most of Oregon’s highlights for brewing. As I often am in life, I found out that I was wrong. For example, I learned from Busse’s book that in 1913, Oregon was producing nearly 50 percent of America’s hops for breweries, or that during the height of the growing season, the hop market was so large, that it employed nearly 12 percent of the state’s entire population. And there’s loads more on the politics of not only Prohibition itself, but the complete ban on homebrewing and breweries until the latter half other 20th century.

I don’t want spoil too much of the book; there’s really loads of great information to read. Often I wonder what my education would have looked like if I could have chosen the content that I was studying, and I think if that had been the case, I’d probably be reading less about white dead guys and more about Southern Oregon’s rich beer history.

You can find Busse’s book at any Southern Oregon book store, or order it directly from the author (pwbusse@yahoo.com, which gives him a larger chunk of royalties). It’s a perfect coffee table book, something to read to yourself, or something to feature at your local business.

Setting Back with a Beer and a Book – Southern Oregon Beer: A Pioneering History by Phil Busse