Home»Feature»Year of the Woman Politician: From National to Local Elections, Women Are Leaning Into Office More and More
Feature

Year of the Woman Politician: From National to Local Elections, Women Are Leaning Into Office More and More 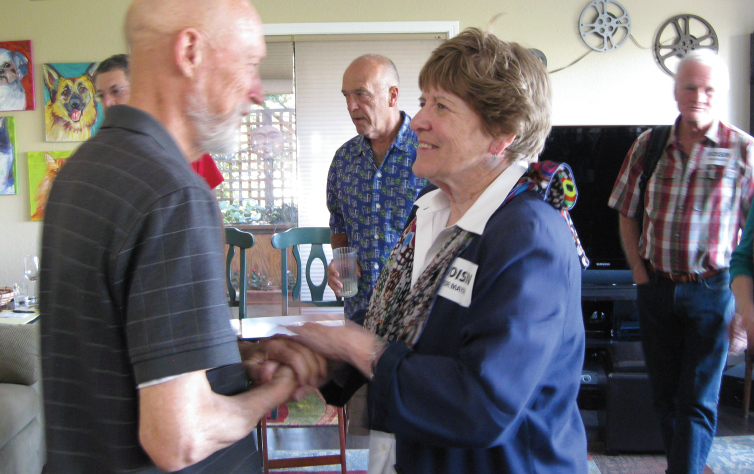 Yes, women are far-underrepresented than men in elected office—from the President of the United States to the mayor of local hamlets. Interestingly, though, those numbers do not seem to reflect national attitudes about women in leadership roles. A recent Pew Charitable Trust survey found that most Americans identify “compassion,” “organization,” “ambition” and “decisiveness” as specific traits for quality leaders. Furthermore, according to the survey, most Americans also recognize those traits equally in men as in women, although differently; that is, most of those surveyed believe that women possess “compassion” and “organization” than men, but men possess “ambition” and “decisiveness” (two other recognized leadership traits) than women.

Even more telling, these are not opinions isolated to specific demographic: The same survey found that most Americans (75 percent) believe that men and women are equally good leaders, an opinion shared across political, ethnic and socio-economic demographics. The survey also reported that “solid majorities of Republicans (75 percent), Democrats (74 percent) and independents (76 percent) say men and women are equally qualified for political leadership.”

Yet, women are far underrepresented as elected officials. As is well known, there has never been a woman elected President of the United States, but this lack of equal gender representation in elected office is not isolated to the highest offices. Kate Brown is only the second female governor of Oregon, and from state senators to city mayors, men far out-occupy those positions. Ashland is the exception—with 3 of 6 council members women. Yet, just a few miles up I-5, Medford city council is completely dominated by men.

But this election cycle seems to be bridging that gender gap—or at least starting to—between national attitudes towards equality and actually placing women in elected office. Clearly, the presidential race has showcased this issue, but it is also equally on display at the state and local levels. Kate Brown is positioned to become only the second woman elected to the office of governor in Oregon (as she was not elected to the office four years ago, but succeeded John Kitzhaber after he resigned). In Ashland, Carol Voisin is competing to be mayor; and in Medford, where the sitting council is all male, three council races are wide open because incumbents decided not to run again. For those seats, one out of four candidates for Ward 3 is a woman and, for Ward 4, four out of five are women.

“I find it embarrassing that 51 percent of the population happens to be female; yet look at who is making decisions that affects their lives, mostly males,” says Voisin in an interview with the Messenger. ‘Something is not right in this picture,” she adds.

Voisin goes to talk about not just the imbalance in gender representation, but also the barriers that exist to get there. “Gender in politics is an issue,” she says. “The issue is how women are treated while in office and while running for office. For women, the questions and criteria used by the media and their opponents who spin women as divisive, contemptuous, untrustworthy, rebellious; this is a problem. These kinds of superlatives are seldom used for their counterparts and,” Voisin concludes, “shouldn’t be whether male or female.”

Andrea Duarte Jablonski, who is running for Medford City Council, Ward 4, echoes those sentiments. “Yes, I believe that women will bring a much needed ‘new perspective’ to local government,” she says. Jablonski is running against four candidates; three are women. She adds, “I believe it’s a great step in the right direction to have our community leaders represent the demographics of our community. My hope is that change brings more community involvement, better communication and transparency, and the revitalizing of our town.”

Kay Brooks, a candidate for Medford City Council, Ward 3, adds to those ideas, underscoring that gender is an important difference, in that it has shaped a candidate’s sensibility, but also adding that the crucial importance is adding more perspectives to the policy-making process.

“If we only have very particular kinds of folks shaping the ways our communities are changing,” Brooks explains, “it can end up leaving a lot of folks behind. I see this in our own community with seniors, veterans, youth, and even working families.”

She adds to that idea, “I do absolutely believe that gender is an important part of policy; women’s issues such as the wage gap, the absence of paid maternity leave, the absence of early childhood education, all of these issues, while affecting our communities at large, disproportionately affect the women within our communities first.”

Brooks has served on a number of city committees before, including as the Housing and Community Development Commissioner, but not for elected office. She is running against three male candidates.

“I think considering gender as an element of politics is a double-edged sword,” she cautions. “Having a blanket policy of ‘gender blindness’ can lead to the invisibility of women’s experiences as important or worthwhile for consideration in policy-making.”

She continues, “Do I want us to be able to move into a new era where, when a woman is running for office we’re not focusing explicitly on her gender? Yes. Do I want to progress to a place where a female candidate can be asked policy-oriented questions and not asked about her outfit? Absolutely. But do I want to live in a world where we act as if women do not oftentimes have totally different experiences than a man, and we aren’t considering those experiences during the legislative session? No, I don’t.”

Year of the Woman Politician: From National to Local Elections, Women Are Leaning Into Office More and More