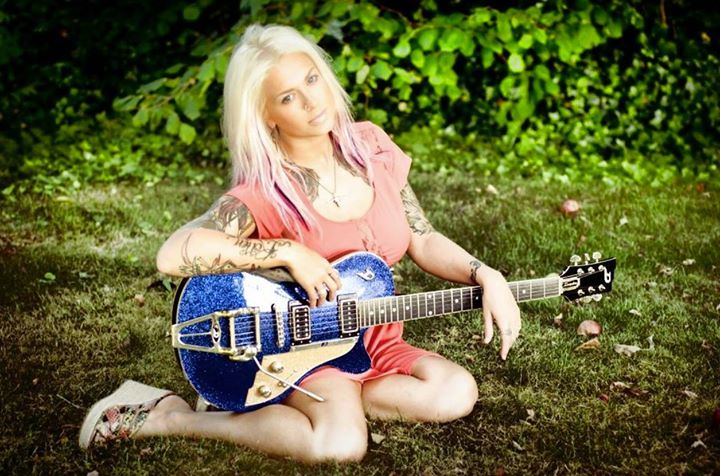 Pop quiz: What do outlaw country artists like Hank Williams Jr. and Waylon Jennings have in common? They play the way they want and don’t compromise. They take the road less traveled and they travel on it every chance they get no matter how tired, homesick, lovesick or hungover they are.

“My goal this year is to hit the road more often,” she says. So far, she is starting off 2017 like a stampede of wild horses. On this tour she will be playing 33 shows in 35 days across 11 states.

“When most people play in Oregon, they only play in Portland but I wanted to play in towns that most people don’t play in,” Carlson says. “Sometimes those turn out to be the best shows.”

This is also the first time she has gone on tour with her full band which includes Danny Beutler on guitar, Heather Thomas on drums, and Dan Infecto on upright bass, which will add little extra kick to her tour stop in Austin, Texas to play at the Ameripolitan Music Awards at the Paramount Theatre, where she has been nominated for “Outlaw Country Female of the Year” for the third year in a row. Singer/songwriter Dale Watson, who started and runs the awards show, has his finger on the pulse of contemporary “Roots/Americana” music and is helping to expose talent that could otherwise go unseen.

When Carlson started gathering material to go solo after the break-up of her previous, pop-punk band “The Dolly Rottens” she didn’t necessarily set out to be a country artist. “I just wanted to write music from the heart,” she says. “I didn’t try to fit into any box.”

However, she doesn’t mind her music being described as outlaw country, especially when it comes to the business end of things. Carlson’s second album of solo material is coming out in February—her second in two years— and she talks reverently about artists like Hank Williams Jr. and Waylon Jennings who chose to stay in Texas to make music on their terms instead of heading for Nashville.

“Sometimes I want to scream,” Carlson says. “But it’s not supposed to be easy.”