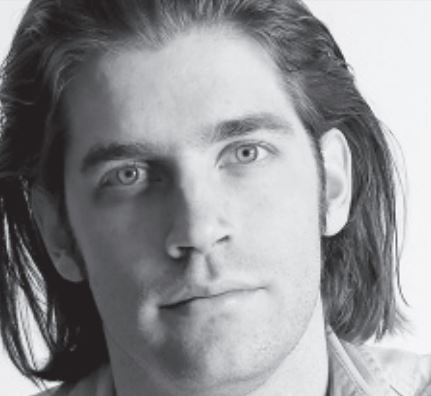 Cinema is a cultural phenomenon which at one point oozed of profundity and grace, or at least one would like to think so. In this hedonistic age of red carpet Hollywood and ephemeral viral videos, this accessibility to visual stimuli has crippled the popularity of profound and forward-thinking art, in favor of whatever will bring instant gratification. Those who develop a passion for the arts from a young age are more likely to channel to the greatness of past filmmakers such as Bergman, Tarkovsky, Kubrick, etc. A prime example is the resident polymath of Klamath Falls, Jesse Widener.

“The pursuit of internal exploring and understanding, to better ‘be,’ is what fulfills me,” says Widener. “The particular medium, or even whether it is just something I am taking in or mulling over, is incidental to that. It’s like saying the act of loving fulfills me, not so much whatever it is I am loving at any given moment.”

Widener has been drawing for as long as he can remember, has been writing music on a stave since he was 7, and worked as an architect and draftsman straight out of high school. Clearly the renaissance man did not crumble along with the storming of the Bastille, or even along with the murderous prominence of post-modernity. His entrance into the realm of film seems inevitable, as it combines his dexterity of the senses of sight and sound into a harmonious—as well as fashionable—artistic vehicle.

“I’ve been in and out of the arts over the years in deference to other parts of my life, and simply developing a vision with experience. I am just now getting to a place where I can focus on them more unencumbered,” says Widener. “Film, in particular, interests me because it can combine several mediums into one, in terms of the written word, music composition, design, visual composition, etc., and more importantly, it is a potentially more accessible medium to a larger group of people.”

Bare the Sun, Widener’s most recent film, was recently showcased at the Portland International Film Festival in February, and also at the Ashland Independent Film Festival, in its most updated form, as his eccentric process of creation is one that calls for constant improvement. The film draws inspiration from esoteric films of old while projecting his own personality to create a provocative piece that is as minimalistic as it is gripping.

“The concept behind Bare the Sun began with the idea of focusing on the audio/visual aspect of filmmaking to move the narrative, with no dialogue; in some sense, a silent film,” explains Widener. “My leanings toward art films filled out the rest of the concept to set what I would portray within that aim. Production went fairly smoothly considering what was involved, from casting calls and screen testing actors and actresses from Redding to Salem and over to Bend, to the major part of the shoot in Eastern Oregon, with a brief contrasting location shot in Eugene.”

He currently works as part of the Klamath Film Makers Group, which will host the 5th annual Klamath Independent Film Festival from September 15 – 17. Aspiring filmmakers can submit their creations through FilmFreeway up to July 1st.

In addition to all these creative endeavors, Widener is like most residents of Southern Oregon in that he often finds himself enjoying the primitive nature of man by getting away from all the hustle and bustle of city life and immersing himself in our idyllic environment. Having grown up in the Bay Area, that consolidated world of concrete felt too convoluted for his spiritual nature, therefore he’s searched for place where his time can be utilized positively.

“There is a trap we can fall into, wherein we define ourselves by what we do, decide our purpose is to do that thing, and then pursue it beyond the point where it serves its purpose, at which point we have lost our way,” Widener muses. “I am just finding my way and trying to stay there.”