Why Isn’t There An NFL Team in Oregon? 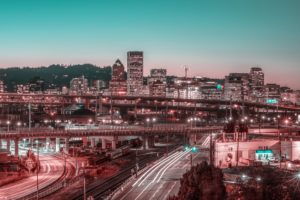 Portland is home to the NBA’s Trail Blazers franchise, as well as the MLS’s Portland Timbers. However, the city tends to be brought up in another light whenever professional sports leagues are mentioned.

Usually, Portland (or even Salem and Eugene) is discussed as a possible home base for an NFL, MLB, or NHL franchise that’s currently unhappy with their city. The discussion itself makes sense—particularly for the NFL, considering how much talent is regularly culled from the University of Oregon Ducks.

This last year, the 2020 NFL Draft saw four elite Ducks head graduate to the NFL from the University of Oregon football program. At the top of the list sat quarterback Justin Herbert. Despite being a local alumnus and Oregon native, Herbert didn’t have a local team to aim for as he headed into the 2020 NFL Draft.

Now, Herbert is the starting quarterback for the LA Chargers, who desperately need a leader behind their offense. Given the Chargers aren’t listed among teams with top Super Bowl odds in 2021, Herbert is a strong player capable of creating a strong legacy—though he likely would have preferred to help build one from home.

So why hasn’t the NFL managed to set up shop in the state despite the public’s love of football and ability to turn out stars like Herbert? 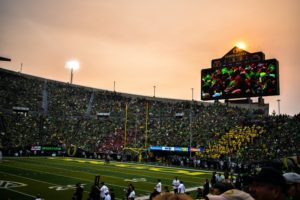 For the time being, Oregonians still have plenty of former Ducks to follow as they continue their careers with the NFL. Still, that doesn’t mean those in Portland and beyond aren’t plotting to attract a franchise.

The main issues faced by the state of Oregon, and Portland specifically, relate to finances. It’s no secret that NFL stadiums are often backed with taxpayer dollars rather than private investment from franchise owners, which doesn’t appeal to the population of Portland.

Portland’s emphasis on local, mom-and-pop enterprises means there aren’t too many big corporations nearby ready to fit the bill for a sponsored stadium deal. In order for an NFL team to land in the city, they’d need the support of Portlandians through a vote, which is unlikely to go well for the league.

However, there’s the possibility that a publicly-owned team could set up shop in Oregon. Should a potential franchise adopt a model like Wisconsin’s Green Bay Packers, which is publicly owned and traded, then the popular opinion could shift.

In other words, backing an expensive stadium and team might not be out of the picture so long as the spoils of the franchise are shared with the city.

Why Isn’t There An NFL Team in Oregon?