Home»News»Where Have All The Farmers Gone? An Aging Population of Farmers Sets Off Alarm Bells
News 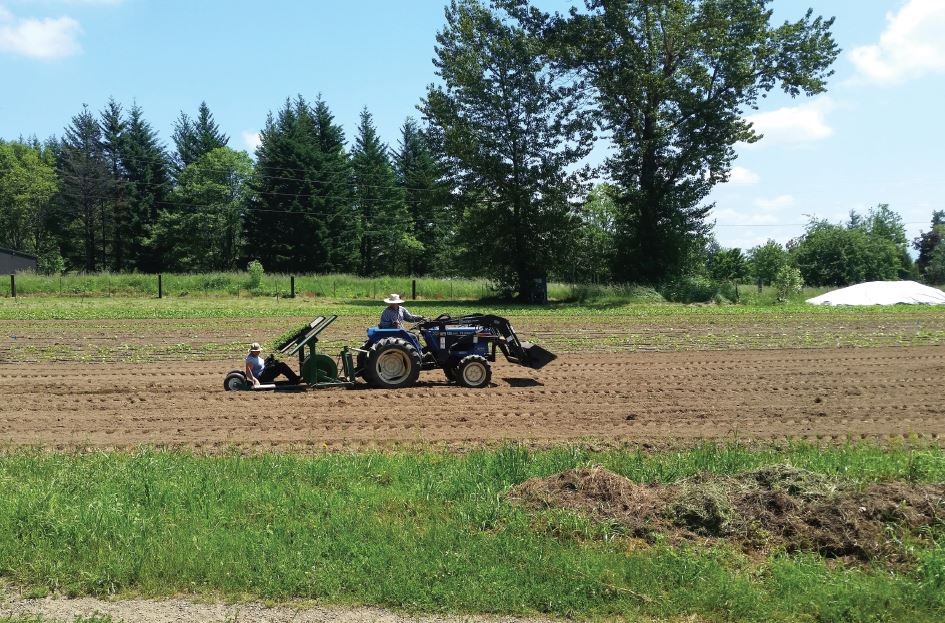 The average age of a farmer in Oregon in 1982 was a moderate 50. Twenty years later, it had risen to 55, according to a report co-released late last year by Oregon State, Portland State University and Rogue Farm Corps; and disturbingly, by 2012, had risen to 60. The change is significant because that aging population of farmers means the land in Oregon dedicated to farming is keenly vulnerable; specifically, in the next two decades, two-thirds of agriculture property will be transferred from its current owners to someone new, with no guarantee the land will remain as farmland.

The report, “The Future of Oregon’s Agricultural Land,” takes a measured and calm tone, but the writing is on the wall: Farming in Oregon is steadily becoming at-risk as the farming population ages without a new generation there to replace them; a trend critical on numerous fronts, as potentially weakening a major economic force for the region, as well as undercutting a strong provider of the character of Oregon, from its family-run apple orchids to its beef farms.

“The cost of farmland in Jackson county increased almost 30% in the ten years between 2002 and 2012, from $3,604 to $4,682 per acre,” points out Nellie McAdams. “Meanwhile,” she continues, “the proportion of land being farmed in Jackson County shrank from 14 to 12% during this time.” An attorney, McAdams is the Farm Preservation Program Director for Rogue Farm Corps, and a fifth generation Oregonian who grew up on her family’s hazelnut farm.

The study exposes a vulnerability that has been largely hidden, or at least obscured by changes in the popularity of local food. For example, the United States Department of Agriculture has reported a 180% growth in the number of farmers’ markets over the past decade, with 170 local farmers’ markets reported throughout Oregon. Yet, in spite of the increase in consumer interest in local food supply and family-farms, the fact remains that farmers in Oregon are getting older on average, and there are fewer people to replace them.

“Food producers who sell direct to consumers and their supporters have earned great visibility in Oregon,” concedes McAdams. “However,” she adds, “most farmers do not sell through these channels. Older farmers, who will be passing their land on sooner, are also less likely to engage in direct-market farming.”

McAdams continues, “As land becomes more expensive to buy and farmers’ profits continue to diminish, more land is likely to come out of farming. When land is no longer used for farming, it becomes more vulnerable to development, which would take it out of production and open space forever.”

According to the data collected in the report, the future ownership of farmland in Oregon is entering a particularly tricky period of time. What is currently a virtue—that the bulk of farmland is locally and family-owned—is also a vulnerability; about 85% of Oregon’s farms are operated by sole proprietors, with another 10% organized as family partnerships or family corporations. Less than 2% of Oregon farms are non-family corporate entities, but that means there are potential difficulties when the current owner retires or dies, and there is no one in the family who wants the land.

The numbers and concern is further compounded when recognizing another line-item from the study: 24% of all Oregon farmers in 2012 were beginning farmers, down from 32% ten years earlier. That decline means, in addition to the aging population of farmers, fewer men and women are stepping into the profession, further reducing opportunities for farm land to be transferred to the next generation.

“We need to act quickly,” emphasizes McAdams. “Once farmland is developed, it is impossible to return it to farming and open space. And once land is sold out of the family it is very difficult to purchase it back.”

The study points out that farm operators aged 55 and older today control about 64 percent of agricultural land in Oregon; meaning, 10.45 million acres that could change hands in the next 20 years. But there needs to be someone there to take over that farm land.

“To fill the pipeline of farmers providing food for our communities,” McAdams continues, “we need beginning farmers and ranchers who are trained and prepared to start or take over existing farm businesses.”

She points out that programs hosted by Rogue Farm Corps train about 70 farmers and ranchers each year. Of those, 3 out of 5 pledge their commitment to the profession. There also are programs at Oregon State University and community colleges throughout the state.

“Some of these have family farms to return to,” explains McAdams, “but many first-generation farmers do not have land and infrastructure to start a business on.”