What Revival? Psych-Rock Never Went Away For Daydream Machine 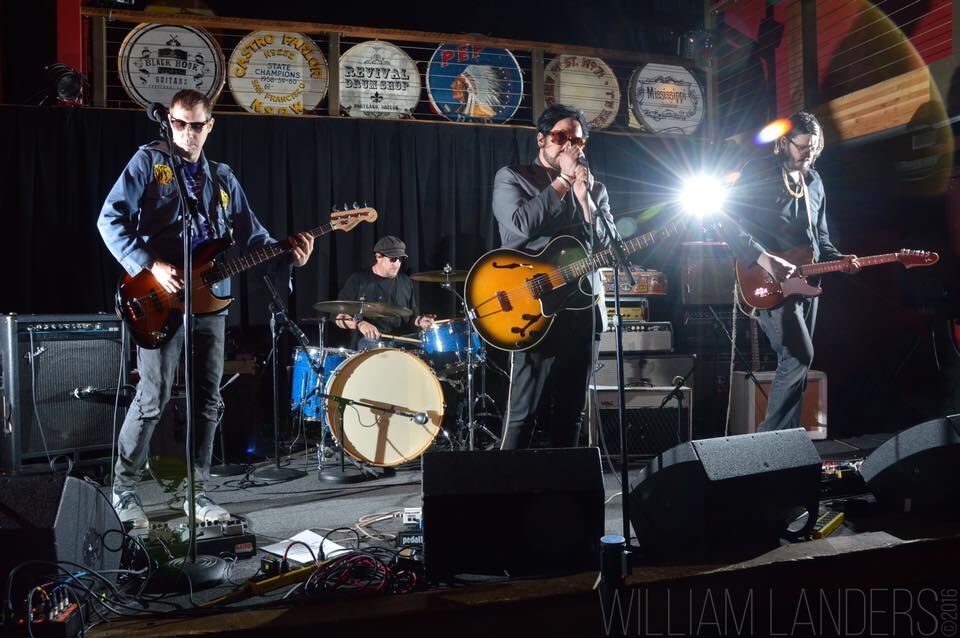 Dreamy guitars, mod haircuts, and reverbs deep as the ocean blue are the stock and trade of PDX psych-rockers, Daydream Machine. Their 2014 EP, Twin Idols, and the videos for its singles are such a mish-mash of retro imagery and sounds they could bottle and sell it as a hipster starter kit. Provided it has a bird on the label anyhow. The band is making its way south to perform at The Sound Lounge in Grants Pass on Friday, March 24, and band frontman, Jonathan Mono took the time to discuss the upcoming show with The Messenger.

Rogue Valley Messenger: Will this be your first time in Southern Oregon, or have you played here previously. Any thoughts or expectations?

Jonathan Mono: This will be my first time playing in Southern Oregon. Daydream Machine has generally gone straight to Sacramento or San Francisco, but Jsun and Bob have played in Southern Oregon several times with the Upsidedown and other bands. I am excited to be stopping in Grants Pass, and, especially Ashland, is some of the most beautiful land in the state.

RVM: What drew you towards post-punk/space-rock/new wave/neo psych/drone once you started playing? Were there specific influences you were trying to emulate, or did it happen on its own?

JM: We all have pretty similar musical interests—post-punk, synth pop, shoegaze, space rock, drone, noise, etc. We don’t set out to sound like any one thing in particular and that gives us a lot of freedom to filter in ideas and sounds from all over the musical landscape. There is something special about the way the four of us come together. Perhaps it’s easier than it should be!

RVM: There seems to be growing number of psych-rock bands lately. Why do you think psych rock coming back?

JM: Coming from Portland, it’s hard to think of psych rock as having a “come back.” It’s been a pretty consistent scene since the early ‘90s with The Dandy Warhols and King Black Acid, who are still making great records, as well as Swoon 23 whose members are still active in the scene doing various projects. On a larger scale, the Warhols and the Brian Jonestown Massacre have been relentless in their touring and recording for over twenty years. I think kids started discovering these two fantastic bands and digging deeper first into Britpop like Oasis and the Verve, and shoegaze like My Bloody Valentine and Slowdive, then further back into Spacemen 3/Spiritualized/Spectrum and Jesus and Marychain.

RVM: You use a lot of retro imagery in your videos. Even the video for Spacement was made to appear as if it was the product of far earlier filmmaking technology. Is that an essential part of the overall aesthetic?

JM: Much of our imagery draws on the past, but not limited to one era. The artwork for Twin Idols is more sixties psychedelia inspired whereas the the art for The Show Must Not Go On is more influenced by Factory Records, post-punk art. Our show posters are generally very ‘60s influenced, but that’s also just the general aesthetic here in Portland.

RVM: What’s on the radar for y’all?

JM: Our new album is released on March 7, quickly followed by a ten-date West Coast tour. Its looking like we are booking another tour in May and looking at a couple festivals this year. We’ve also started writing our third album, so I expect to be back in the studio this year.

What Revival? Psych-Rock Never Went Away For Daydream Machine