Home»Wellness»What Is The Baker Act, And How Is It Used?
Wellness

What Is The Baker Act, And How Is It Used? 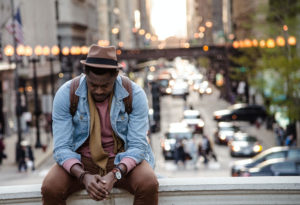 The word “baker acting” is often used in all the United States regions when a person is involuntarily brought to a mental facility when authorities conclude they have a mental illness because of their actions. However, the Baker Act law is a statute found only in Florida under the 1971 Florida Mental Act.

The Baker Act law in Florida has aided many people who are experiencing a mental health crisis. However, because of how it was implemented, this law resulted in many false arrests.

The law allows police officers to take someone into custody who they suspect is suffering from a mental illness. This is why many law firms offer lawyers that specialize in defending a false Baker Act in Florida.

Surprisingly, many individuals are unaware of the Baker Act of Florida. If you are one of such folks, this article may help you.

What is a Baker Act law?

The Baker Act is a Florida statute that was developed specifically to help those suffering from mental diseases. The primary purpose of this law is to empower the court, police officers, psychiatrists, and other mental health specialists to assess whether or not a person has mental issues.

These legal representatives have the authority to either take that person involuntarily to a mental facility or to request an examination to help the person who appears to have mental issues on their end.

The law was named after a Miami Democratic state representative, Maxine Baker, who made her service to the government from 1963 up to 1972. The law was inspired by her resolve to unravel the mental issues in her state. She was also the one who pursued this law and became the sponsor of this bill.

How is it used?

If you are in Florida and see someone you believe is suffering from a mental illness because of actions that may cause harm to others, you can report him to the authorities. For instance, if you saw someone in the mall causing a nuisance to everyone and trying to hurt other people, you could report it to a police officer.

The officer will then attempt to speak with the individual in order to determine whether or not he or she is in the proper state of mind. If the person does not behave rationally toward the officer, the officer may apply the Baker Act law to him/her and restrain him/her. The individual will be taken involuntarily to a mental facility for 72 hours to be examined. If the findings are accurate that the person has a mental illness, he/she will be treated fairly.

An individual in Florida may also voluntarily apply for the Baker Act, after which he or she will be placed in a mental facility to be healed. A person who voluntarily requests a Baker Act will be protected from discrimination, particularly in the workplace. So, if you are working in Florida and believe you have a mental illness, you can voluntarily Baker Act yourself.

You do not need to be concerned about being fired or discriminated against at work since it is unlawful for an employer to terminate you or look down on your performance in the job if you have a mental illness.

Despite the fact that the law was enacted for the betterment of society, there have been cases where a person has been taken involuntarily to a mental facility even though he or she is perfectly fine. For example, perhaps the person was angry in a mall, and the police officer misinterpreted it as a mental breakdown. If this occurs, you can defend yourself in court with the assistance of a Baker Act attorney.

To summarize the article, the Baker Act was enacted to address societal mental health issues. There may be some flaws in this law, but it will result in a society free of discrimination and intolerance toward mentally ill people if it is properly implemented.

What Is The Baker Act, And How Is It Used?