Home»Wellness»What Are Some Examples Of Medical Malpractice?
Wellness

What Are Some Examples Of Medical Malpractice? 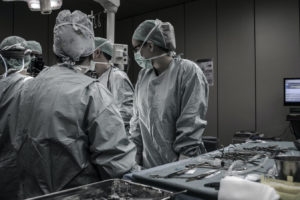 Before doctors were given their license to practice medicine, they were first taught the medical ethic of “Do no harm” as their standard motto throughout their career.

But certain situations and people could still encourage what you call to be medical malpractice. So, if you have reliable grounds to believe that you or someone you know was a victim of medical malpractice, you could try to reach out to a med mal defense attorney to discuss the legal steps that could help with your case.

The United States documented over 250,000 deaths caused by medical malpractices annually. Just a spot behind cancer and heart disease, and experts believed that the number could be higher if staff negligence would also be included in the death certificates of patients.

It was recorded that approximately $4 billion compensation has been received by U.S. plaintiffs back in 2018, where 30% of the victims passed away due to negligence.

Moreover, the most common malpractices that prompted the lawsuits were diagnostic errors at 34.1%, followed by surgical errors in 21.4% and 21.1% for the mistakes related to treatments.

Don’t beat yourself up if it’s been a while before you’ve noticed the impact of the malpractice your doctor has done. Unfortunately, this is the usual case, mainly if it was caused by negligence since they are harder to detect.

It’s possible that weeks, months, or even years would have to pass before you observe the harm of medical malpractice on the individual, so you must be able to identify if the situation was a result of the following:

Medical professionals would have to review a patient’s medical history before administering any anesthesia. Still, when an anesthesiologist improperly monitored the vital signs during the surgery, the patient is vulnerable to suffering brain damage, permanent injury, or worse, death.

Additionally, if an anesthesiologist possibly miscalculates the dosage, it could have dire consequences.

Expecting parents are excited for their newborn, but when a technician or a doctor made an error during pregnancy, labor, or delivery, this joy could immediately turn to despair.

Cerebral palsy is a common birth injury where the baby is deprived of oxygen throughout labor. And other birth injuries could also occur if there was a mistake in monitoring or failing to complete a Caesarian section when the situation demanded it.

Failure to diagnose a serious condition

Diagnosis is crucial for any medical professional to immediately start a treatment process to avoid further injuries caused by the illness.

Suppose a doctor had dismissed a fractured ankle or knee for a superficial injury when the patient went to an emergency room and lost their mobility in the affected area. In that case, they are eligible to file a complaint against the doctor.

A medical malpractice case could also be filed if the individual had to face a lifetime of chronic pain due to the failure of the doctor to diagnose a serious condition during their previous visit.

Pressure ulcers are also known as bedsores, which are the signs of inadequate care or negligence.

These typically appear when the patient was left in the same position for far too long. Unfortunately, these cases are familiar with nursing homes and hospitals. When it’s left untreated, the bedsores could be infected, leading to grave health problems.

Infections are more common than you think, so people with compromised immune systems or older individuals are more at risk. Since they are vulnerable, infections could become a life-threatening condition for them.

It’s even more dangerous because a “superbug” infection is resistant to antibiotic treatments.

Fortunately, this could be prevented if the medical staff follows the hospital protocols of washing their hands and wearing their masks before examining a patient.

Once these procedures are neglected, the medical professional responsible for transmitting the infection from their unsanitary practices would have to face a legal case against them.

What’s more vital in the medical field is to get an accurate diagnosis of your patient’s health condition as this is the primary basis of other doctors and nurses for treatment.

Suppose a patient went to a doctor’s visit and was given a different diagnosis for the symptoms they’ve mentioned. A few months later, the individual has to undergo several tests where their family found out that the patient has cancer.

At this stage, the tumor might have progressed, making treatment impossible to administer.

What Are Some Examples Of Medical Malpractice?