Weed-Free But Keynoting A Marijuana Conference: Henry Rollins Explains Himself 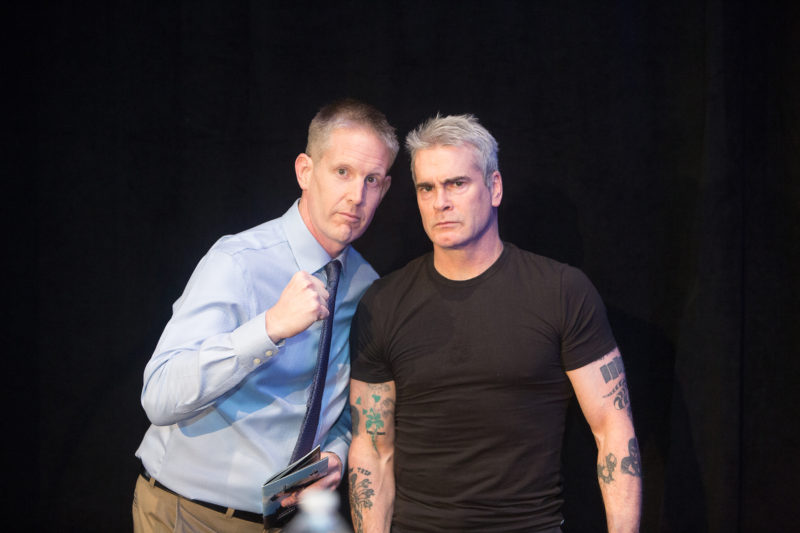 Henry Rollins is a cultural force. Launched nearly 35 years ago as the take-no-prisoner singer for Black Flag, Rollins has gone to bundle a career as a writer, radio personality, actor and activist. One thing he isn’t, however, is a weed smoker. What then is he doing keynoting the Oregon Marijuana Business Conference?

The Messenger asked Rollins to explain himself.

RVM: You are drug-free, but speaking at the Oregon Marijuana Business Conference. Can you talk about the civil rights platform you see here?

HR: I think the fact that cannabis is illegal in so many states speaks to hypocrisy, bigotry, racism and targeting of certain ethnic components of the American population. To me, it’s almost entirely a civil rights issue. America has at almost every turn, resisted equality. The matters of cannabis are a part of that.

RVM: Part of what your motivation also seems to be supporting small farms and mom-and-pop operations. However, there seems a vulnerable for the marijuana business to become (or may already becoming) big business, with some chains and big suppliers emerging. Is this inevitable? Any thoughts about how the weed business can stay rooted in small operations?

HR: I agree. That being said, if you look at alcohol, there are the big brands and they do well, and there are micro brands and they also do well. I think you can have both. The smaller companies need to be more innovative because they have less resources. I think if cannabis outlets, the small ones, can keep the quality really high and maintain a good standing in their community, they can not only sustain but prosper and be an asset locally.

RVM: In spite of all the other activities you do—journalism, film, activism—do you still feel as if you are pigeonholed as the singer for Black Flag? And, are there any advantages to that?

HR: I don’t feel that way at all. I move forward very quickly and don’t spend much time in the rearview. There is no way I would be where I am had I not been in Black Flag, I was very fortunate. That’s my opinion, anyway. However, if all the things I do now have an audience is only because I was in a band that broke up 31 years ago, that’s one hell of a pigeon hole. I don’t know what I would be able to do about that.

RVM: Can you point out a few sources of news—blogs, documentary filmmakers, etc.—that you suggest people pay attention to?

HR: Believe it or not, while I read and watch a lot of news, and you could say that it’s coming from a left-of-center pov, I don’t really favor or rely on any of them. I read multiple sources and try to make decisions. I think everyone in media is coming from an angle, as is every politician. If Gore Vidal was still alive, I would steer someone to his work. I think corporate capitalism is a great leveler and you can find a lot of truth in the motivation of politicians and media, which is always the same. If it wasn’t, then there wouldn’t be such a hassle over healthcare. I know it’s not an easy issue but compare the US to every other first world country and it is what it is. If anything, I would suggest people pay attention to their common sense.

RVM: Is there a five song “music for social change” playlist you can share?

HR: I can’t think of a single song that would stop a war or change someone’s mind. Punk Rock music changed my life but I can’t point to a single song or album that did it.

RVM: Are you optimistic (in general, I suppose, but also thinking in terms of specifically civil rights in America)? And/or, what or who makes you optimistic?

HR: I am optimistic going forward as I think America is changing. I think what you’re seeing now is the ideas of older generations starting to fail. When you hear some of Trump’s supporters, they talk about wanting their country back, I think they want to go back to a time when certain people knew their places. All of that is rapidly changing, hence the intensity of their protestations. If I lost my optimism, I don’t know what I would do.

Weed-Free But Keynoting A Marijuana Conference: Henry Rollins Explains Himself