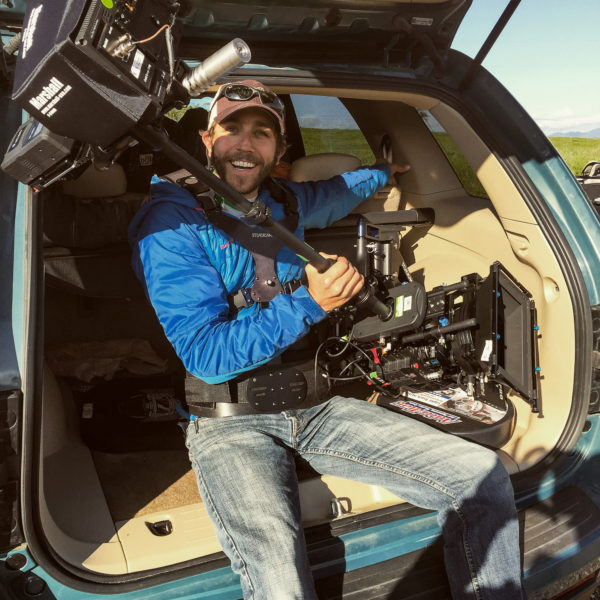 Humans, however removed from the natural world we may find ourselves, seem to always uncover an intrinsic attraction to the forests we used to roam through. Whether an urbanite is filing their taxes or a rural farmer is busy laboring away, mortals become so preoccupied in mundane monetary endeavors that we can lose sight of our primal selves. Consequently, it seems a wise choice for one to pursue a profession in which one can be in the midst of undomesticated beauty, and perhaps even have a hand in capturing this ephemeral enchantment. This is an epiphany that occurred to Tyler Maddox who subsequently spawned Maddox Visual Productions, now based in Southern Oregon.

“When I was 23, I was trying to figure out what I wanted to do with my life. I had encountered a lot of people who hated their jobs,” says Maddox. “At the time, I was commercial fishing in Alaska and was spending my day off climbing a beautiful mountain. Being an avid outdoorsman I distinctly remember thinking “I want to do something that takes me to places like this for a living”. I was always interested in Photography, but knew nothing about it. On my flight home, I picked up a photo magazine and devoured it. A few months later, I was doing photography full time.”

This story is perhaps not entirely unique, but what is exceptional about Maddox’s case, is the degree of proficiency that he has risen to. Founded in 2001, Maddox Visual Productions has since been shooting motor sports, hi-tech electronics, and paysages around the country. Having deviated slightly from his original goal to remain in the countryside, his portfolio instead covers a far wider and more lucrative ground. Starting from an earnest dream and a photo magazine, one job led to the next, and by 2005 he began shooting more videography. Now the ratio of video to stills he produces is about 4:1, working with businesses from Moto Superstore to Goodwill.

“I love to make images of every kind and to tell great stories. In the past, large chunks of my work have been in the Motorsports and Tech worlds,” Maddox adds. “Lately, I’ve been coming back to my roots and trying to get more clients in the outdoor and active lifestyle markets as those are my passions. I really enjoy collaborating with like-minded people and if the content is something I’m personally interested in, it always makes the job more fun and the end product is usually superior.”

Plenty of local Oregonians may see photography as simply a hobby, but as Maddox has shown, that hobby can become something more fruitful with an investment in time and discipline. This labor of love has proven to be satisfying in the long run as Maddox Visual Productions has engaged with humanitarian anti-human trafficking advocates in addition to numerous local nonprofits.

“There are so many different ways that a project can be rewarding. Sometimes it’s the collaboration, sometimes it’s the story, sometimes it’s pushing tech in a fun and new way, and sometimes it’s a personal challenge that you overcome,” Maddox explains. “I’ve had some great shoots in this last year. Last summer I shot my first Feature length film in Hollywood, something that even five years ago, I would have never imagined myself doing. Last year we shot a fun project for Cerakote with a really great crew and I really enjoyed the collaboration and the spot turned out beautiful. Last fall, I shot a TV show via horseback, camping deep in the Rocky Mountains as a one man crew which was very rewarding for me.”