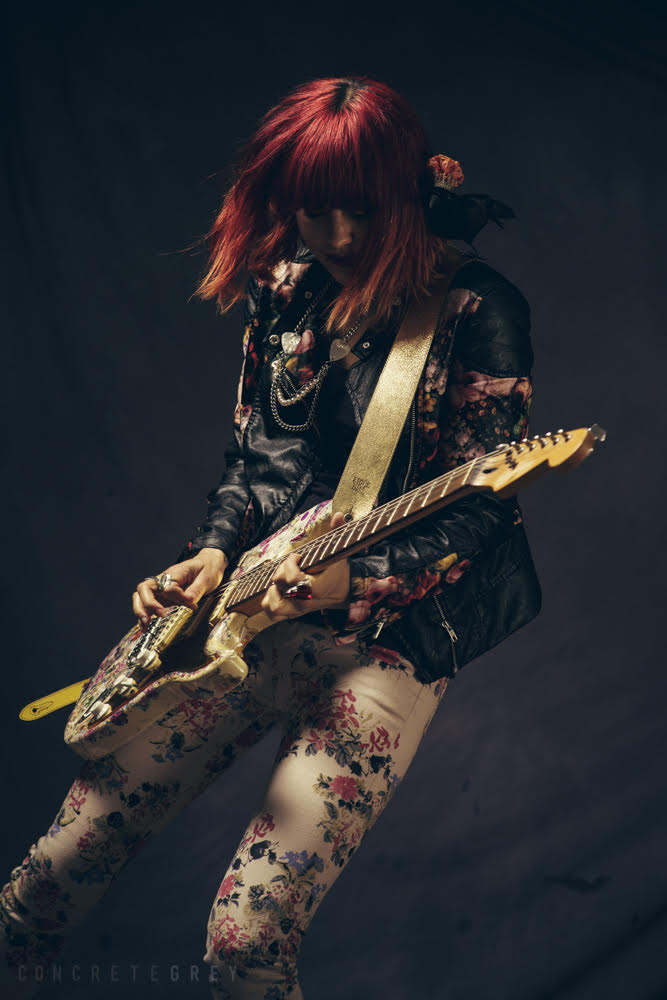 Self-starter is perhaps more a cliché at job interviews than a reality in life, as actually embarking on a project alone can be daunting and, well, lonely. But for Berkeley based rocker Vanessa Silberman (who will play at Oberon’s in Ashland on Tuesday Dec. 6, followed the next week with a performance at the Music Coop Monday, Dec. 12) having her own solo project means she has the freedom to do whatever she wants and play with whomever she wants.

“When you’re in a band and you have all the same members, some may not want to tour, some may want to,” says Silberman. “To get three people on the same page…to have a successful band, it takes a lot. Doing it on a small scale is so much easier and so much more adaptable. I can go on tour myself and I’m willing to put in the work and the ground work and it doesn’t matter if I have a bandmate or not.”

Silberman played in the Berkeley based alt-rock band, Diamonds Under Fire for the last dozen years. And though she’s gone solo now, it doesn’t mean she wants to play alone, just that she wanted to be unchained.

“For my solo music, I felt like I wanted to try a lot of different thing,” she says. “I wanted to experiment.”

From having drummers in cities across the nation sit in and accompany her, to collaborating live with friends from other bands collaborate, she’s now unencumbered to try whatever she feels.

“It allows me to not be tied to one thing and support other artists,” says Silberman.

And Silberman says that collaboration is essential to an artist’s ability to grow. And grow she has. Though both her solo work, and her time in Diamonds Under Fire are heavily influenced by ‘90s grunge groups like Nirvana and Soundgarden, her solo work takes more risks, trimming back the production polish to make the song the central focus, both in the heavier tunes like “Awake and Feeling,” and the lo-fi acoustic track, “American Folk Rock.”

For future projects Silberman hopes to expand on the collaboration model and partner her label, A Diamond Heart Production, with another to reach a wider audience.

Both shows are free