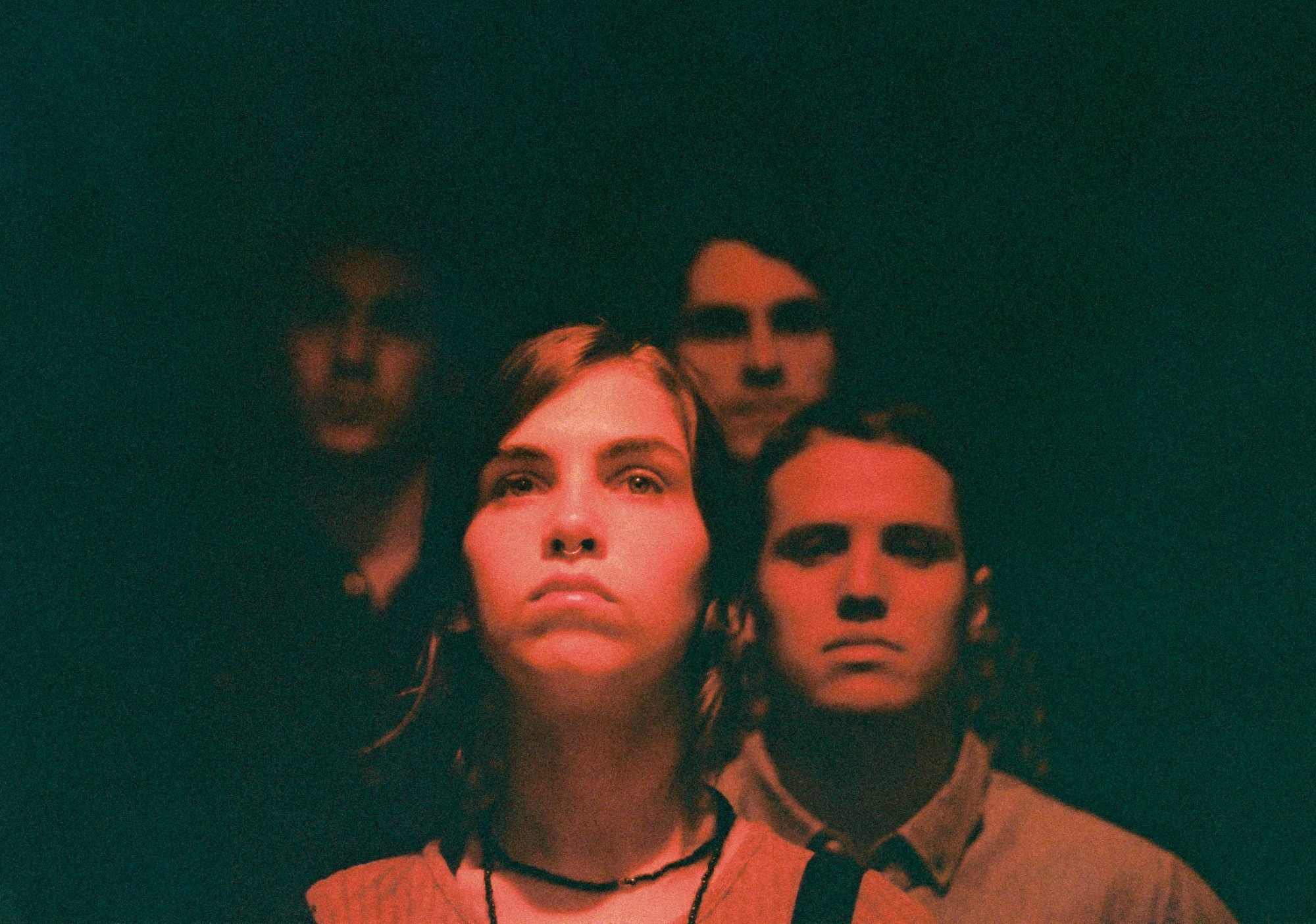 In explaining science to me as an eight-year old, my grandfather once told me: One is lucky. Two is a coincidence. But three is a trend. It is, of course, a loose, very non-scientific definition, but one that I have used as a measuring stick for decades.

And with southern Oregon producing two up-and-coming, if not already “arrived” bands over the past couple years—Slow Corpse and Brothers Reed—could the Juniper Berries be the needed third to declare a trend of young up-and-coming bands?

We caught up with Josh Stirm, who sits in the eye of the storm that is the Juniper Berries.
Rogue Valley Messenger: Are you all SOU grads?

Josh Stirm: We are actually all still students at SOU, myself as a student of graphic design and audio production (what little of a program they have here at SOU). Our bassist Myles is studying small business administration, our keyboardist Nina is in the creative writing department, and our new drummer John is trying to get into the music program as a performance major studying guitar (go figure).

RVM: From reading various postings and your album notes, it seems like there is often drama. There are references to “emotional distress sporadically,” and a “rollercoaster of a year.” It seems like you-all are the Benjamin Button of bands. That is, the common narrative for bands is they start as friends and with a simple idea to make music, and then dissolve into chaos. Fair to say you-all are starting with chaos and moving towards some sanity and order?

JS: That’s kind of an uncanny description of us as a band, actually! I originally started the Juniper Berries as a solo project. I recorded the mostly acoustic Baby Face EP by myself on mostly borrowed equipment in my parent’s spare room while visiting home after my first year of college in 2015. Immediately after releasing that EP online, the old band fell apart. I started writing our first album, Don’t Breathe in Through Your Mouth the day I moved back to Ashland to start my sophomore year of college and quickly wrangled several new friends together to help me record/play these songs out at house parties around town. This is really when I feel like the band became its own entity. We spent probably the hardest year of my personal life so far recording the first record. It was a time of growing up and learning about myself and the world around me as a still semi-adult. I think a lot of the interpersonal chaos that happens in your late-teens/early-twenties is reflected in that record. Since we released Don’t Breathe in Through Your Mouth in January 2017, the band has gone through even more changes, with the entrance of our new bassist and drummer.

Your observation of moving from chaos into order is right on the nose here. Early on, we felt like this ramshackle, rag-tag team of pseudo-musicians trying to navigate a world that we didn’t really feel cut out for personally or creatively. That all sort of came to a head recently with the departure of our original drummer in March. Once again, I felt called to ante-up and throw more of myself into the project. We put our heads together, pooled our group contacts and willpowers, and voila! Out of the half-mist/half-smoky Ashland air came our newest member, John. What has transpired over the last several months could be considered a rebirth of the band, albeit a quick and still-active one.

RVM: What’s the goal? And what’s the dream?

JS: I’ve been asking myself that same question since I started playing music! I’ve always been better at focusing on the creation aspect of music, rather than the career side of it. My goal as a musician is to write the best songs possible, and hopefully some sort of success/audience emerges out of that expression? I guess the closest thing to a concise, attainable goal we have at the present moment as far creativity goes is to make records that people live with. There are a lot of bands out there making music to be played at mid-volume in a bar for people to hang out next to. I don’t have anything against that at all, I actually listen to some music like that. I guess we are just looking to make something more immersive.

RVM: Who are favorite bands? Who are influences?

JS: It’s always changing! I’m really into songwriters like Elliott Smith and David Bowie, but I also am enthralled with more off-kilter/punky stuff like Thee Oh Sees and Ty Segall. Our keyboardist Nina is really into Paul Simon, the Doors, and Regina Spektor. John draws inspiration from artists like Vulfpeck and session drummer Benny Greb. Myles is a big fan of older funk stuff like Sly and the Family Stone and Funkadelic, as well as some older jazz in the vein of João Gilberto.

RVM: I really like the song “Second Story Bedroom.” There is a mix of jazz drumming and surf guitars, and a general sense of chaos, but somehow all held together by the singer’s unflappable voice. There is a nice tension there. Is that intentional in the production, or is that just representative of how you-all come together?

JS: I think that’s just sort of the personalities at play. The vocal melody in that song is kind of jumpy so I have to really keep my concentration in order to make it sound right. Alec (our old drummer) was definitely experimenting with some odd beats as well underneath it all, almost as a way to throw off the vocals.