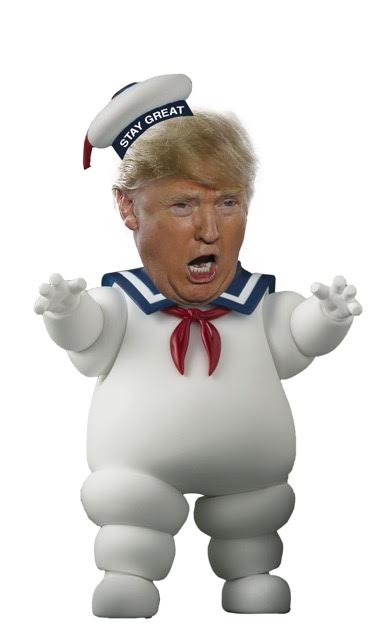 RVM: Has the election of Trump changed priorities for your organization?

AJ: Not really changed them, but the presence of a science denier in the White House who promotes ignorance over evidence has diminished further the likelihood of anything meaningful happening at the Federal level to address climate change and promote clean energy. Of course, the reality is that having a Congress that is led by science deniers who promote ignorance over evidence has not changed so, from a Congressional perspective, the situation is unchanged. However, this does stress the need for us to focus on promoting action at the individual, local, regional, and state levels.

RVM: What is your organization doing right now (or in the near future) to respond to the new president?

AJ: One element that is not new is our effort, in collaboration with other climate concerned organizations in the region and across the state, to persuade the Oregon Legislature to pass meaningful comprehensive greenhouse gas emissions reduction legislation. This would augment the purely voluntary program that was passed by the legislature in 2007.

From the individual to the national level, we must recognize that we are either part of the problem or part of the solution. Do Oregonians, we ask, really want to consign future generations to an unlivable planet when we could be a global leader in developing the solution to the problem through clean energy technology?

We are also developing the SOCAN Master Climate Protector program to promote awareness of the science and an understanding of the implications for all of us. We will discuss the climate trends already evident and that are projected to continue. Although the first public offering of the ten week course will not occur until September, our pilot will run February through April.

RVM: How do you see the new president threatening any local or regional programs dedicated to curbing global warming?

AJ: The main problem is that his successful campaign, based as it was on promoting lies, distortions, fake news, and absurd conspiracy hoaxes, has encouraged others in communities across the nation to promote their anti-science agenda of denial. The anti-science ignorance of climate denial and a wide array of anti-science conspiracy hoaxes have been emboldened. However, we judge there is sufficient support for action locally and statewide that success in addressing the issue in Oregon is possible.

RVM: Are there new proactive or reactive programming your organization plans to pursue because of Trump’s election?

AJ: The Trump campaign of hatred and blame for all this nation’s ills that targeted immigrants, women, those with different sexual orientation or gender identification, and generally anyone who doesn’t look like him, has unified those who think hatred has no business in Oregon. We realize it is critical that those of us concerned about threatened communities and threatened environments work together to thwart policies and programs that would create ever more social and environmental injustice. While our focus is and will remain on global warming and its climate change consequences, we will also support efforts to protect and defend both vulnerable communities and vulnerable environments. We probably realize more than ever the inextricable link between social and environmental justice.

Additionally, because of the Trump phenomenon, we are finding many individually previously on the fringe of action are now motivated to get involved and resist the ignorance and hatred that Trump has promoted.

Trump and his appointed officials will attempt to enact bigoted, anti-environment and anti-democratic agenda, threatening American values and our society’s well-being. It is easy to feel at a loss during this time of darkness, but a powerful light exists in our collective ability to resist this dangerous turn. Recent events across the nation, including Bernie [Sander]’s rise in popularity, and hugely supported (peaceful) organization at Standing Rock have illustrated peoples’ power to initiate political influence. Trump’s election, (as he was not elected by popular vote) is for the majority of the United States, a call to actions—and for some, it is a war cry. We will resist! We will resist devolving into backwards policies that promote warfare, hatred, and exploitation of the masses.

We at KS Wild, like many others were initially in shock after the election, but now coming to our senses we are thinking of our next four years of campaign work will utilize more defensive (political) tactics. We will initiate more proactive work on the ground—through revival of grassroots action. The Klamath-Siskiyou is full of people who love the beauty, abundant wildlife, healthy forests and clean water where they live—and now more than ever, we will lead the fight to protect this place. We are reaching deep to network with other grassroots organizations, and enable people to have the tools they need to take action.

Media and politicians may leave people feeling that citizens can’t make a different, but this couldn’t be further from the truth. Imagine a truly inspired 10 percent of the population to become really engaged in this fight. This is huge: It is believed that 10 percent of Americans participated in some fashion in the first Earth Day in 1970, certainly a high-point of environmental activism in the last century.

“Nonviolence is a means by which the active many can overcome the ruthless few.” —Jonathan Schell

I would say that the election presented a challenge to me both as a city councilor and as an individual who believes in living in a city (nation) that does not discriminate against individuals on the basis of religion, sexual preference, race, age or income level. I believe these are the values of a vast majority of the citizens in Ashland and, as a city counselor, I will continue to represent these values in word and action. This was my reason for reaffirming Ashland’s status as a sanctuary city.

With regard to my concerns as to how national and state politics can effect city politics, I would say that possible changes in national priorities for funding and grant opportunities particularly with regard to programs to protect the environment and give incentives for the development of alternative  energy are a concern.

Actions taken at both a federal and state level that limit the ability of the city to develop ordinances are another area of concern; for example, some states have stopped cities from developing ordinances against  bans of plastic bags in their city.

I believe continuing to balance the needs of Ashland for sustainable economic growth with protecting the environment and reducing our carbon footprint will be a concern of the council in coming years.

Campaigning, President-elect Trump argued that he’d make a great president, benefiting the nation and middle class workers, because he is a good businessman and would go against the grain of the elite structure.

If these arguments are true, then he will see the clear opportunity in converting the US to renewable energy. Renewables are now equal or lower in cost than fossil fuels. Converting entirely to renewables will create millions of good paying jobs, far more than are offered today or potentially by the fossil fuel industries.

With one policy initiative, President-elect Trump could meet his promises to create good paying jobs and go against orthodoxies. He would also garner the support of the majority of Americans, Republican and Democrat and unaffiliated, who support renewables.

If instead President-elect Trump chooses to try to revive the failing fossil fuel industries, impeding the emerging transition to renewable energy, he will miss a huge business opportunity and break his promise to be an agent of renewal. He will then show that he really stands for the power structure’s business as usual that has failed many Americans.

I urge him to grasp the real business opportunity open to him by wholeheartedly supporting renewable energy.

Integrity is the quality of being honest and fair. Most of us would probably like to be thought of as displaying integrity since we generally value integrity in others. When someone, politician, businessman, neighbor, or family member shows us dishonesty or deception, their integrity is lost. Like virginity, integrity is an attribute that, once lost, can never be recovered.

We have just completed an election cycle when the candidate guilty of more transparent lies—probably than every prior Presidential candidate through our nation’s history combined—managed to secure enough votes in critical states to achieve the Presidency.
We’ll soon have a President totally lacking in integrity who will serve as a model to our kids and the world demonstrating that dishonesty, deception, and blatant lies are rewarded in this country.

And what are the missile launchers expected to do if they receive an order to launch our nuclear weapons? Wonder if it’s a joke?