Home»News»There Can Only Be One: Seven Progressive Candidates Line Up for their Chance to Unseat Walden
News/Public Profile

There Can Only Be One: Seven Progressive Candidates Line Up for their Chance to Unseat Walden 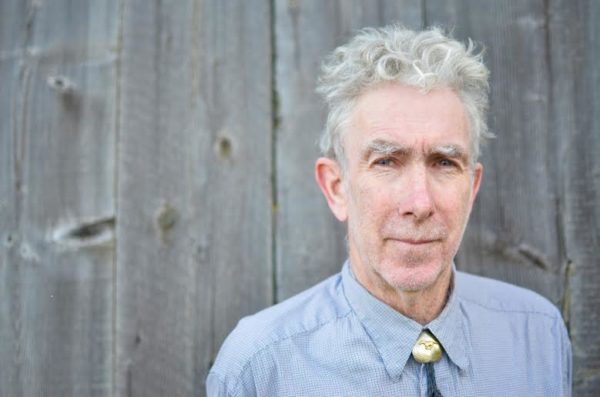 “The 2nd District is large, the size of Florida in fact,” explains Michael Byrne, a stone mason from the Hood River area who is hoping to become the new congressional representative for that district.

In fact, the Second District of Oregon covers nearly two-thirds of the state, stretching north to south from the Columbia River to the California border, and east from the Idaho border to a squiggly line that traces from Hood River through Bend and to Ashland—and for the past 20 years, it has been represented by Greg Walden, a conservative Republican. Only twice in the district’s 120 years, and not since 1981 when Jimmy Carter was elected out of the presidency, has a Democrat held the office.

But with a boiling turmoil within the philosophy of the Republican Party and with changing demographics in Oregon eastern and southern counties, a number of progressive candidates are lining up to try their luck at what traditionally would have been a long shot.

Byrne points out that there is an urban and rural divide, as the district covers places as diverse as Ashland and Antelope. But, he assures, “the over-arching theme that unites us is our love of the outdoors.”

“Traveling about and talking to the various stakeholders,” he says, “I have learned a tremendous amount about how federal policy affects different areas and populations.”

He goes on, “Having spent over 50 years living, raising a family and working in the District I am already familiar with most if not all the issues we face in this mostly working class, scrappy and frankly poor area of the state.”

Byrne adds, “I am a libertarian redneck progressive democrat with a big heart. Just like District 2.”

In early February, about 100 days before the primary elections, this collection of candidates will meet to present their ideas and exhibit why they deserve your vote. It is a chance to meet the candidates. For the past 20 years, Walden has held a nearly unchallenged hold on the Second District’s seat.

Consider: When Walden was first elected to the U.S. House of Representatives, Bill Clinton was mid-way through his second term, the Twin Towers were still standing and the internet was still in its infancy. For the past 20 years, Walden has held that seat, even though national politics and attitudes have ping-ponged between conservatives and liberals. He is currently the only Republican congressman representing Oregon in DC.

But politics are constantly shifting sands. In Deschutes County in Central Oregon, a once 2-to-1 favor for Republican voters has diversified to an equal split between Republicans, Democrats and Independents. Moreover, those changing sensibilities are particularly keen in the year after Trump’s election when traditionally conservative districts throughout the country have moved their alliances and progressive candidates have won seats which would have been unthinkable just 12 months ago.

On Saturday, February 10, seven candidates will present their best arguments for why they deserve your vote and better represent the Second District than Walden.

The forum is organized and hosted by Our Revolution Southern Oregon, a group whose name tips its hands towards their political sensibilities. The organization’s president Sarah Spansail says that the top three pressing issues for the District are: “healthcare, immigration and the environment,” adding “with a concern for jobs and infrastructure.” She says, “the unifying issue as we’ve identified it is economic justice; this encompasses, of course, minimum wage, equal pay, Citizen’s United, etc.”

The format for the forum intends to present both the issues as well as the differences between the candidates. “We will have questions that each candidate will answer, as well as some questions only one will answer, but two will have the opportunity to rebut,” explains Spansail. To gain further insights into what issues are important to the community, they have reached out to local grassroots groups for suggestions and asked the general public to submit questions. Rebecca Pearson of Unite Oregon will moderate the event.

Walden has yet to file his candidacy, but it expected to do so before the March 8 deadline. The primary election is held in May. The group of hopefuls is as varied geographically and professional background as the district: Raz Mason is a teacher from The Dalles along the Columbia River. Jenni Neahring is a palliative physician from Bend. She is a political newcomer, and in interviews has stated that the high cost of health care is her focus. Another candidate from Bend, Rachel Scdoris-Salerno, a legally-blind dog sled racer, dropped from the race in July and endorsed Jamie McLeod-Skinner, a southern Oregonian who is currently probably the most active candidate for the seat.

In an interview with the Messenger, McLeod-Skinner said that she already has logged 15,000 miles traveling the district and talking with voters. “My focus on bringing people together is resonating with voters,” she said. “And I know without a doubt that this is a winnable race,” she added. “Our district is a microcosm of our country, and we have an incredible opportunity to successfully span the urban-rural divide. People in rural areas are talking about ‘progressive’ ideas like everyone having access to healthcare and net neutrality, and people in urban areas are talking about ‘conservative’ ideas like decreasing our deficit. It has been inspiring to see and feel the hope for a positive future that can be found throughout our district. Our challenge is to continue to focus on our shared values so that together we can overcome the challenges we face.”

There Can Only Be One: Seven Progressive Candidates Line Up for their Chance to Unseat Walden