Home»Screen»The sound of Oscar: What to know about the 2021 sound and song nominations
Screen

The sound of Oscar: What to know about the 2021 sound and song nominations 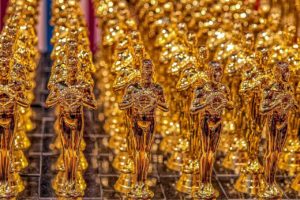 The 2021 Academy Awards – better known as the Oscars – will take place almost four weeks from now. And even though 2020 wasn’t all that we desired from a cinematographic point of view, there are some very good contenders for the prizes.

And a big part of the awards will make you want to listen more, instead of just watch the movies. We are talking, of course, about the Best Sound, Best Original Song, and Best Original Score categories. And something more than this.

Let’s have a look at who’s nominated for what.

One of the movies with most nominations (six) is Sound of Metal. And this category may be the easiest award to win for Darius Marder’s 2019 movie (launched in 2020).

Jaime Baksht, Nicolas Becker, Phillip Bladh, Carlos Cortés and Michelle Couttolenc are nominated for the sound of Sound of Metal, and the predictions is that they will almost certainly win the award. They received a BAFTA Awards nomination for the same category.

Back to the Oscars, the Best Sound category may be the most likely award to predict for Sound of Metal. It is also the favorite at the betting agencies. Talking of odds, it has -1000 at Unibet, one of the most reputable online bookmakers from the market. The new players can use the Bonus code Unibet available upon registration and can take advantage of the available promotions.

Ren Klyce, Coya Elliott and David Parker, for the music animation Soul, and again Ren Klyce and David Parker, together with Jeremy Molod, Nathan Nance and Drew Kunin for the drama Mank are the next in line when it comes to winning odds, but this award may already be taken.

This is another category where we might as well have a winner already – at least when it comes down to the predictions.

Speak Now is the song, from Leslie Odom Jr. and Sam Ashworth, and it appears in the drama One Night in Miami… The movie tells the story of a fictive meeting in February 1964 between Malcolm X, Muhammad Ali, Jim Brown and Sam Cooke. It has -200 odds at winning the award.

The only one capable to challenge Speak Now is Io Si (Seen), music by Diane Warren and lyrics by Laura Pausini and Warren. It is recorded for the movie The Life Ahead, starring Sophia Loren (now 86 years old), whose character lives in Bari, Italy. The song has +200 odds at winning the award.

And then there is the Best Original Score award. First of all, what does it mean?

It is awarded to the best substantial body of music in the form of dramatic underscoring written specifically for the filmby the submitting composer. Thus, the “original” part of the award.

A special mention for this movie.

The leading actor, Rix Ahmed, has +1400 odds at winning the award, being the third favorite. He is the heavy-metal drummer whose life is changed when he starts losing his hearing. Olivia Cooke and Mathieu Amalric also feature in this movie, which is basically the debut for the director Darius Marder.

The movie with most nominations is Mank, with ten. Nomadland, which has six, has by far the best odds at winning the Best Picture award (-400).

This year’s Academy Awards ceremony will take place on April 25, at the Dolby Theatre, and it will be broadcast on ABC.

The sound of Oscar: What to know about the 2021 sound and song nominations