The Other Medford: Absinthe Rose Returns Home for a String of Solo Shows 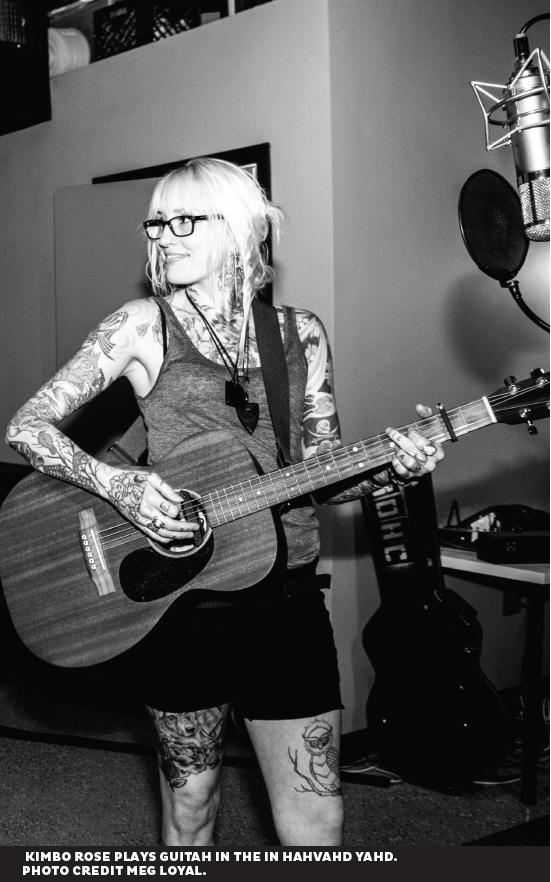 Kimbo Rose, front for Boston-based folk punk outfit Absinthe Rose, who will perform at Caldera Tap House in Ashland on Sat., January 16, was only 10 years old when her siblings took her to the Bay Area’s legendary 924 Gilman Street punk club.

“Rancid was the headliner,” she says. “My eyes were wide open.”

Rose didn’t just find a sound she liked; she found a lifestyle, a set of values and a community of like minds that he has dedicated herself to ever since.

“I think of all musicians as humanitarians,” she says. “I want to make this world better and this is how I do it.”

But Rose was living in Southern Oregon in her teens before she started making music of her own. She began by mimicking the blitzkrieg of overdrive that had first grabbed her interest in music. But Rose says that more than just the sound and fury, the punk that moved her was rooted heavily in its lyrics and songcraft. And in 2008 she had one particular set of lyrics that needed a bit more breathing room.

“I initially started the band because of a song I wrote for my brother,” she says. “He was serving some time in Elko Nevada and we always had these intense discussions about justice and what’s not working for us.”

So she took that tune and went solo. And it worked.

But Rose says she truly found her sound when she left Medford behind two years ago and followed a girl to Boston, a move she says forced her to refine her sound in order to stand out in a more crowded market.

“Coming from a smaller town, where the crowds are all your friends, it’s always a good time. you feel connected,” she says. “But moving allowed me to cultivate what I wanted Absinthe Rose to be.”

Rose refined her songs, added a full band, and revved up the onstage energy. She also launched her own record label, Screech Owl Records, and offered up some iconography to the punk canon, a circled H logo to indicate art that forces the creator out of their comfort zone and towards healing themselves.

“It’s far from the same [as Medford],” Rose says. “There is this genuine need to identify yourself in a huge city and remain authentic to your lyrics and your belief system. I feel like Boston really allows you to, in some form, to harness, the musical endeavor you want. And take it to the next step.”

Conversely, returning home to Oregon to play a string of solo acoustic shows and visit family allows her to get back to the band’s roots, the days when she played guitar in her mom’s shed in order to not be too loud.

“This allows me an as artist to tell stories,” she says. “I get to focus on the stories themselves, why I wrote them, what inspires me to continue to play them.”

Rose says 80 percent of her set will be songs from Absinthe Rose’s 2015 album Black Earth, along with a couple she wrote special for this tour.

“I wanted to speak out and make people aware of what injustice looks like,” says Rose. “And I feel like music is the only way to do it.”

The Other Medford: Absinthe Rose Returns Home for a String of Solo Shows