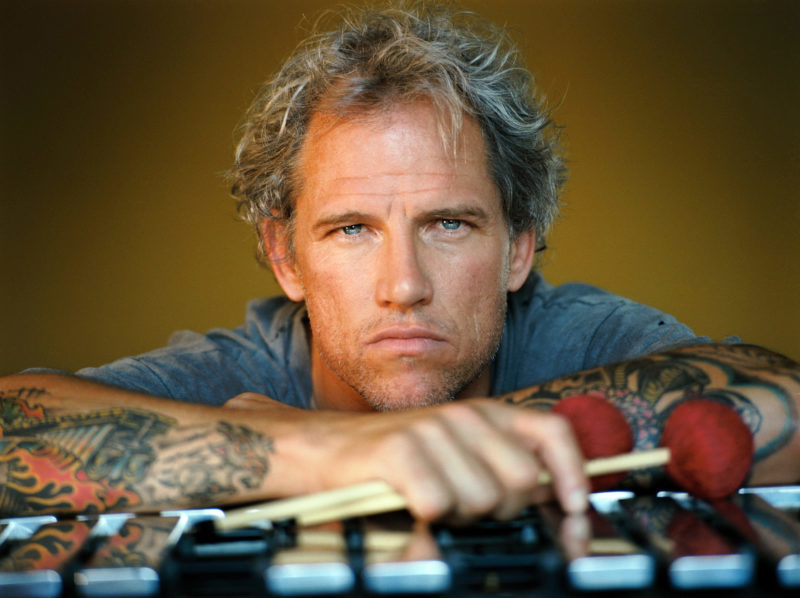 Mike Dillon was somewhere in Illinois, on the way to a gig, when he explained the general idea behind his band to The Messenger on the phone.

“I’m taking a percussion ensemble, and taking it to the rock n’ roll environment,” says Dillon. “The way Tito Puente and Lionel Hampton did, but I’m doing it in a punk rock setting.”

Dillon, who will be returning to the Talent Club on Tue., September 12,  started his musical career in the 80s, after studying music at The University of North Texas. And he has been on the road playing and recording ever since, taking everything from punk to jazz, and blending it into something completely original.

“I was buying Weather Report records, Zappa records,” says Dillon. “What I loved about Zappa was the humor. Then I discovered punk rock and that was a whole other energy. Eventually along the way you find your voice. At the end of the day, I get to play vibraphones and make a living doing it.”

But this is not a new philosophy. Dillon has been mixing genres like a mad scientist since the nineties.

“That’s been my concept since when I started the [Hairy Apes BMX]; to do any style of music and make it my own. So there is no, one style,” he says.

Just like Zappa’s bands of the seventies and eighties, The Mike Dillon Band has been the launching point for some of his past bandmate’s careers. Being surrounded by some of the best musicians available seems like a dream come true for a bandleader, but it also has its drawbacks.

“We were at this giant uber-pop gig and [our drummer] got hired by Miranda Lambert,” says Dillon. “And he was like ‘I can’t make the tour’.”

But Dillon is far from bitter, and amid laughter in the tour van has figured out how to remedy the situation.

“They pay me and I’ll train them,” says Dillon. “And they will get a giant arena gig in no time. And they will get endorsements. It’s The Mike Dillon School of Rock! You’ll go from making $500 to $5000.”

His latest album Life is Not a Football was released earlier this year, and already he has a different lineup for the tour. The current line-up is Mike Dillon on vibraphone and percussion, Nathan Lambertson on upright bass, Tristan Gionola on guitar, and Brendan Bull on drums.

It’s a certainty that some of the traits of Dillon’s musical peers/collaborators, would eventually begin to rub off on him. And he is wise enough to know that the best musicians, never stop being students.

“I played with Les Claypool and learned a lot about songwriting,” says Dillon. “I love playing with other musicians and learning their music. I’ve become more of a song person. I appreciate a beautifully well written song that will tear your heart out.”

Dillon will be touring almost non-stop until the end of September, and doesn’t plan on letting up just because the tour is over. His body of work is mind-boggling, but Dillon remains down to earth when it comes to his exceptional career.

“At the end of the tour I’m going to drive all the way to San Antonio,” says Dillon. “And then I fly to New York to play with George Porter Jr., from The Meters. Then I’m going to Cuba to study hand-drum for five days. Being a plumber is no different; if you have a good business you stay busy. I like to think I’m a blue-collar musician.”