Home»Culture»The Love To End All Wars: How One Author is Transforming the Battlefront
Culture

The Love To End All Wars: How One Author is Transforming the Battlefront 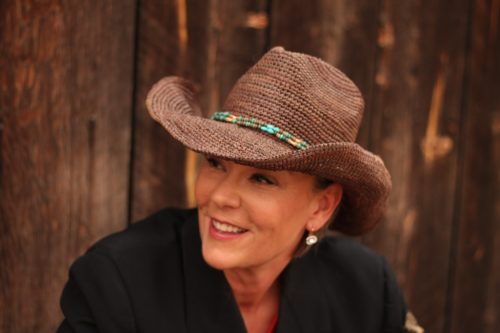 After thirteen years fighting for an end to the Iraq war and the rights of military personnel and their families, author and advocate Stacy Bannerman has come to embrace a much wider, deeper perspective of her journey and the welfare of the planet we live on.

“The war on women is the war on the world,” says Bannerman, author of When the War Came Home and Homefront 911: How Families of Veterans Are Wounded By Our Wars. “There’s a real strong link between climate justice, women and peace and that’s the work I’m getting involved with now.”

Through her years on the frontlines of anti-war work and reforms for post-9/11 veterans and their dependents, Bannerman became aware of a connection few acknowledged was occurring. “War is not green and we have got to choose between combat and climate; women are disproportionately impacted by both. The military has got one of the largest carbon footprints of any venture on the planet. We’re at a point now, I think, where we literally and figuratively can no longer afford war, on any level.”

Women’s EcoPeace, her new organization, is the cohesion of her experiences involving the aftermath of war and a growing spiritual awareness. “It’s a different model of women’s leadership and community based on collaboration and alliances. We’ve tried the capitalist, patriarchal model and it’s gotten us exactly to where we are.”

Bannerman is planning a Peace March for the Mother the weekend of Mother’s Day 2018, a day originally initiated in 1870 by poet and abolitionist Julia Ward Howe to decry war. “It was all about mothers uniting and calling for peace; it wasn’t about brunch and flowers. Women’s EcoPeace is about unifying and elevating voices of women of all ages, calling on the mothers and grandmothers to stand up in their power as the givers of life on this planet.”

The genesis of her book, Homefront 911, was her performance art piece of the same name, which is a compilation of vignettes on topics she heard repeatedly from military personnel and their loved ones. “When the soldiers go to war, the whole family gets drafted and goes to war too. And just because that individual’s not wearing a uniform now doesn’t mean that the war has ended. For many of our families it never ends, just like for many of our troops it never ends.”

“One of the realities of losing everything I ever loved in this world as the result of the Iraq war was that it was either going to be the worst thing that happened to me or the best. And I had to make that decision every damn day,” she says concerning a third book in the works. “Everything that I’ve been doing has been the preparation for what is now, and what is next. I’ve got nothing to lose now, right? That can be a really powerful place to be.”

There were moments she felt alone during the battle. “Everything I did, I did because I had such great love for my husband and all of our troops who I thought deserved to be treated with regard and respect and the sacred trust this nation makes with our men and women in uniform. To be protesting the Iraq war while seventy six percent of the country supported it, and while my beloved husband was fighting it, I broke the code of silence and there was a lot of push back, but I kept at it. All of us love something or someone so much that when they are threatened or at risk we will step up and speak out.”

Veteran’s Day, Bannerman shares, is a day of quiet reflection. “It’s a very internal exercise, a day of solitude, contemplation, prayer. It’s always a day of grieving as well.”

The Love To End All Wars: How One Author is Transforming the Battlefront