Home»Screen»The Government Is Watching You Read This Article! Will Local Filmmakers Succeed In Production of A Film The Government Doesn’t Want You To See?
Screen

The Government Is Watching You Read This Article! Will Local Filmmakers Succeed In Production of A Film The Government Doesn’t Want You To See? 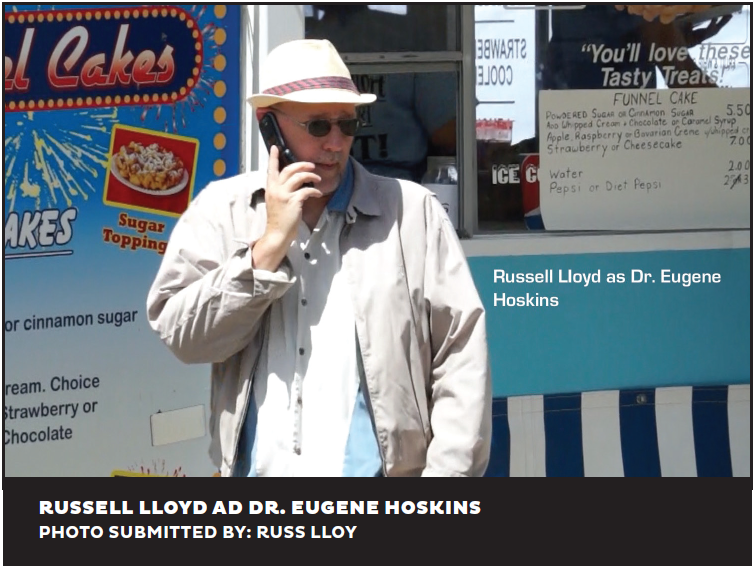 Last week, “Person of Interest” wrapped up a popular five year run on CBS. What started as a relatively simple story about a billionaire computer engineer who was using surveillance technology to help save predict danger and save individual’s lives gracefully evolved into a morality tale about what role Artificial Intelligence actually can and should play in the larger scheme of free will. Like many popular TV shows and movies, this question—not just about how much technology is spying on us every day, but how much it is tinkering with our choices—is the centerpiece of discussion, an ongoing debate about how the 21st century will unfold, and whether power and control will remain within the bosom of free will, or will be pulled deeper into technology.

Two local residents are hoping to add to this discussion with a locally-produced independent film that starts with the premise that a physicist discovers a possible threat to the liberties of every American and wants to expose it, but, as their tagline explains with a phrase best read with a booming, foreboding voice, “the government has other ideas.”

Peter Poulsen is the creator of the story and first-hand knows the science and technology at the core of the story. Russ Lloyd is a local actor. The Messenger recently tracked down these two for an on-line interview about their film ACID.

Rogue Valley Messenger: I know it is a complicated film, but can you give the synopsis briefly?

Russ Lloyd: Eugene Hoskins, a scientific contractor to the CIA, has discovered a technology to subliminally program an individual’s decisions, ranging from normal retail purchases to casting votes. This programming of an individual is strengthened every time a person watches a DVD. Hoskins also learns that a few in the federal government have already been using the technology against the American public in concert with the Chinese government.  Now the CIA, the Chinese and the federal government are all trying to silence him.

RVM: Can you talk about the inspiration—or, how the idea for the film came about?

RL: Dr. Peter Poulsen has actually developed this technology and has experienced interesting responses from all communities.

RVM: There is a certain amount of concern about technology. Are you anti-technology?

Peter Poulsen: No, we’re currently totally embedded in it.

RVM: This film promises a lot of espionage. Do you have a favorite spy movie?

RVM: There is also a lot of truth-telling you are promoting in this film. Do you have a favorite documentary or piece of investigative journalism?

RVM:  How do you define patriotism?

PP: Any willingness to stand up for the Constitution and liberty in this country, whatever that looks like—military service, public service, etc.

RVM: Russ, you are involved in theater around the area. Is this your first time directing a film? What is the challenge and/or fun of being the director instead of an actor?

RL: This is actually my 5th full-length movie with Space Ark Enterprise and the challenges are not much different than stage productions except that the audience is always much closer and immediately connected to the story in film or video. Of course, there are the obvious differences: lighting, sound, set, special effects.

RVM: You plan to film all the scenes in the area. What opportunities and challenges does this present?  How will you re-create Washington DC scenes here?

RL: Locations are always a challenge. Our answer to these challenges always come down to establishing shots using existing stills and green screen effects. However, there are many locations in our area that fit well within the story.

RVM: You recently hosted an ambitious Kickstarter to crowd-fund this project, asking for $50,000, but fell short. Are you discouraged by that?

RL: No. I like Kickstarter and Indiegogo. I will continue to pursue funding through them.

RVM: What is the production plan? What should people expect to see next?

RL: We have several scenes slated to shoot at a few undetermined cafes and bookstores in August. Our production plan is to be wrapped by November, right at election time. Folks should be able to purchase ACID on-line at “www.stemnet.education” at that time.

The Government Is Watching You Read This Article! Will Local Filmmakers Succeed In Production of A Film The Government Doesn’t Want You To See?