Home»Culture»“The Gift Isn’t In The Getting, But The Giving” – White Christmas At The Randall Theater
Culture

“The Gift Isn’t In The Getting, But The Giving” – White Christmas At The Randall Theater 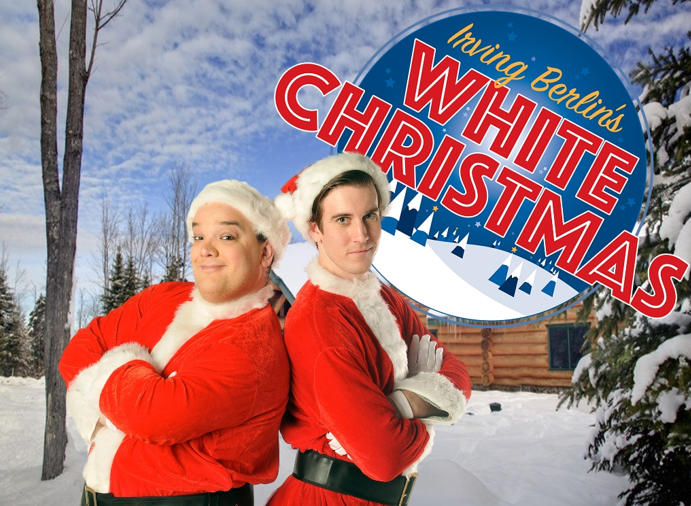 Holiday music plays in the background of a cozy coffee shop as actor and director Bob Herried discussed his production of White Christmas, opening at the Randall Theatre in Medford on December 9. A Rogue Valley native, Herried has been a member of the local theater community for 44 years. His resume is filled with classics such as Once Upon A Mattress, Godspell, Same Time Next Year, and The Great American Western and he has a specialty in directing comedies and farces.

The film White Christmas was originally released in 1954, and is a musical romantic comedy set at the end World War II in 1944. The plot ranges into the post-war landscape in America, following loves and losses, and a community coming together to help someone they dearly love. Fans of the film will recognize songs like “Sisters” “Love, You Didn’t Do Right By Me” and of course, “White Christmas.” The film was adapted to a theatrical format in 2000 using Berlin’s classic songs and though it aligns closely with the film, there are some new pieces such as “Falling Out Of Love Can Be Fun” and “I Love A Piano.” Directing the show has been a joy for Herried, who has a personal connection to the work.

“I love White Christmas, it’s my favorite holiday movie,” he says. “When I read the script for the musical I thought, “this is not the same thing, but it’s so cool!’ It has enough in common with the film, but also enough different pieces to keep old and new fans engaged.”

White Christmas has timeless elements that bring new audiences to the show every year, as Herried describes, “It’s the idea of connectivity, the joy of helping out. If you look at Christmas when you were a kid, it’s seen as as a time of getting—we get a bike, we get a toy, whatever it is that kids want. As we get older, as adults, we watch kids and grandkids get their gifts and see their eyes light up, so our gift isn’t in the getting it’s in the giving. That’s what this musical is about; it’s about supporting the character of The General, through all the twists and turns of the plot. The show is about giving back, and that human connection in helping someone out.”
The cast of 22 (adults and kids alike) has been rehearsing since October 2nd and are ready to get the show up and running in the small and intimate Randall Theater. Herried mentioned how much joy goes into the volunteer productions there, the phenomenal quality of theater produces, and the fantastic family atmosphere.

Joy, connection, family, and giving back at this snowy time of year? This may just be the holiday event we need in the Rogue Valley.

“The Gift Isn’t In The Getting, But The Giving” – White Christmas At The Randall Theater