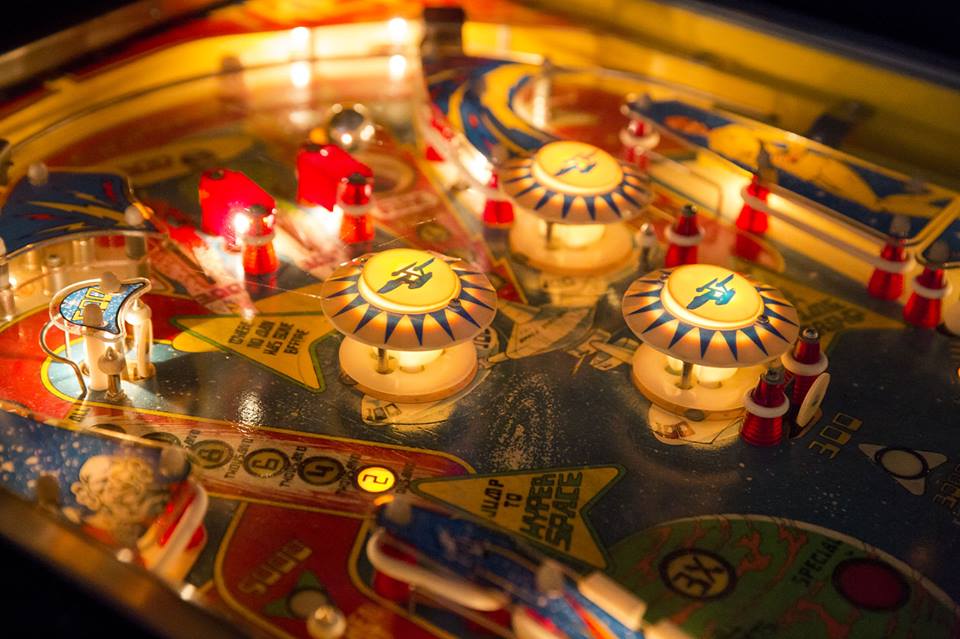 The nostalgia of childhood games awaits. An old-school arcade called The Gameworks just opened in Klamath Falls, and has more than 50 classic arcade games and pinball machines.

Brian Houck, KF resident, has been collecting classic arcade games for more than 20 years. He said he grew up in KF and that’s why he opened the arcade there. There’s nothing like it anywhere near Southern Oregon. The closest old-school arcade is in the Portland area, Houck said.

“It’s a mix of games, but the main genre is classic pinball and classic arcade games,” Houck said.

He’s still gathering all of the games that he’s planned to have in the arcade, so for now the business is only open on the weekend. But, he’s estimated the arcade to be complete this summer for a grand opening with extended hours. There’s state-of-the-art games too including the new Star Wars pinball machine that was just installed, and a new Ninja Turtles pinball machine. There’s also games other than video-style such as pool.

He said it’s set up just like a classic arcade room. Anybody came walk in for free, classic games are a quarter, interactive games like shooting and driving games are 50 cents and high-end pinball machines are $1.

The arcade is family friendly and Houck said he also plans to establish a normal schedule of food trucks to set up in the parking lot. Houck said the arcade caters to parties as well.

This isn’t Houck’s first arcade he’s opened, but it will be the last. He said he lost the lease of the first old-school he opened years ago. So, this time he bought the building and plans to keep it running until he retires.