“The Edge of Alchemy” -Stacey Steers at Schneider Museum of Art 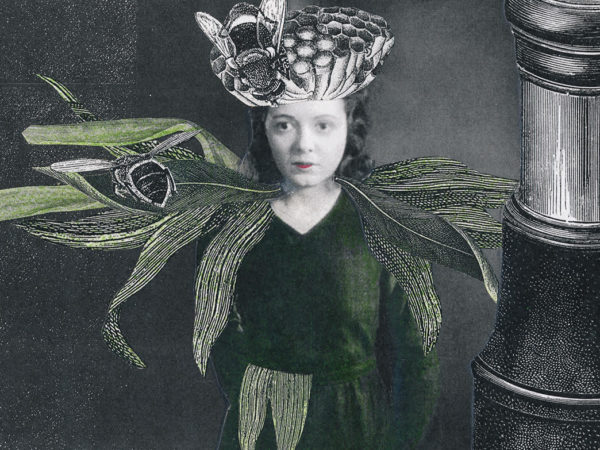 An art piece can’t represent film better than taking sequenced photographs on 35mm film. By definition, that is what film is, and to Stacey Steers, that’s art.

Steers’ multimedia collage exhibit at Schneider Museum of Art at Southern Oregon University will be featured during the Ashland Film Festival from April 12 through May 12. Her way of piecing together photographs and texture creates thought and emotion provoking pieces of work that many of the films at this year’s festival will also provoke.

“I had recently reread Mary Shelley’s Frankenstein and I wanted to dedicate an animated film to my youngest daughter,” she says. “It occurred to me that from a certain perspective Frankenstein is a reflection on parenthood. I always work with female protagonists, so I reversed the roles in Frankenstein and created a female scientist who devises a creature, in essence a mother fabricating a daughter.”

Steers has always loved working with her hands. With her mother especially, working with her hands was one of the most popular activities enjoyed together. “I had a very creative mother who encouraged exploratory engagement with crafts. We were always making things in my house. I studied art from an early age. It was only after a couple years in college and a period of travel that I embraced animation as my central creative focus.”

She runs a full-time art practice where she says, “Film is a thread woven into nearly every aspect of my life. I am principally a fine-art animator, currently working with collage. I create all my collages by hand, approximately eight works on paper for every second of screen time. They are photographed in sequence on 35mm film to create motion.”

She considers her work collaborative, with the intent of opening up the viewer’s mind to how they perceive film. Her installment “The Edge of Alchemy” embodies her Frankenstein theme of creating something––or someone––by using multiple mediums.

“The Edge of Alchemy” -Stacey Steers at Schneider Museum of Art