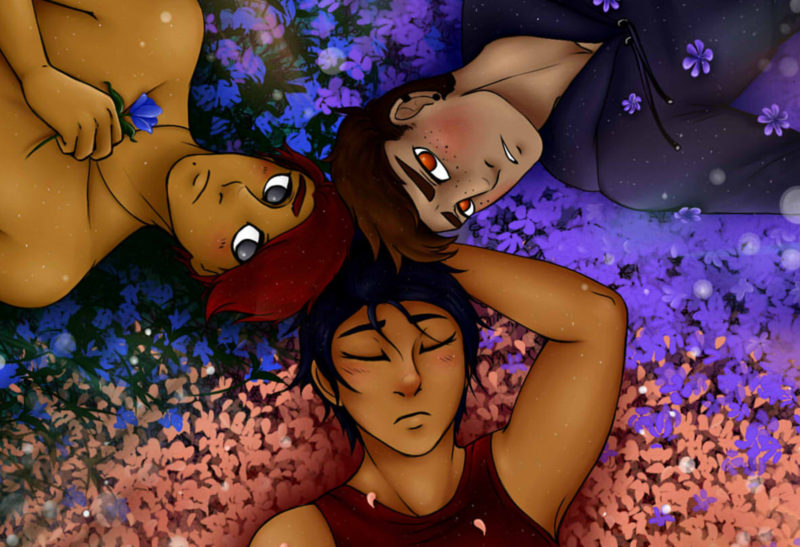 With all the big name super hero movies and TV shows, there are just as many independent comic book and graphic novel series in print form and on the web. Southern Oregon local Maddie Cull is one example of someone pursuing originality in this creative art form.

“I think what really got me into graphic novels was when I heard that people were posting them online for free, and that a lot of people were interested in reading them,” says Cull. “Webcomics aren’t like graphic novels and comics in a sense where you read the whole thing in one go––usually a webcomic updates with a new page once or twice a week. And I think it was that dynamic that sort of drew me in.”

A lifelong artist and storyteller, webcomics allowed Cull to visualize her stories. Her first webcomic, titled “The Maple Effect,” she describes as “a lot of trial and error. There’s a lot to learn about your story-telling skills and drawing skills that comes just from doing it.”

Her stories occur within the same universe, her second installment titled “ARCO.” The 300-page (and growing) book is available online and in print form, which she sells at conventions. Her latest story, “Periwinkle Blue,” she considers so far her most successful. “This particular comic is going in a different direction than my others because it’s going to be heavily fantasy focused, whereas my others are slice-of-life stories,” she says. All of her stories contain romantic elements. She adds, “Most people would describe my style of drawing as more of a manga/anime style, but I personally see it as a solid mix of American comic and anime style.”

Cull will be at this year’s Medford Comic Con, where anyone can see her artwork and buy her prints. “I’m really excited to be a part of this local con, and plan to continue to support it and watch it grow over the years!” she says.

Cull’s webcomics are available at Patreon.com/McCullsWebComicsAndArt, where she updates stories weekly.