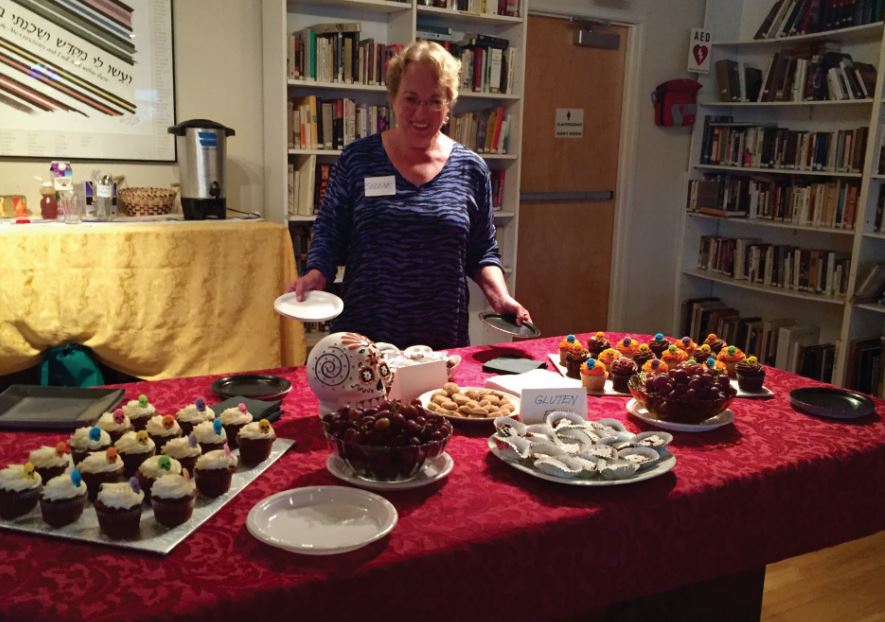 A group of people gather together amongst pastries and tea. The mood may be somber and there may even be some tension. The topics about to be covered might not start off easy to talk about, but that’s the goal of Ashland Death Cafe.

“By beginning to explore death and our relationship to it, we can prepare ourselves to make decisions that are aligned with our deepest beliefs and values about life and death,” says Laurel Miller, one of the facilitators at Ashland Death Cafe.

“There, indeed, is comfort in sitting and sharing in small groups holding a cup of hot tea and a piece of cake, a cookie, or some fruit, especially when talking about uncomfortable subjects,” says Selene Seltzer, another facilitator of the group. The founder of the idea of Death Cafes, Jon Underwood, wanted to create a safe place for people to openly discuss the often complicated topics that come with death. In 2013, Miller and Marla Estes facilitated two gatherings.

Facilitator Jennifer Matthews explains, “Based on the guidelines of the international Death Cafe movement, the Ashland Death Cafes is free of specific themes, agendas, and ideologies. Each small group talks about what emerges naturally, allowing participants to create a unique experience with others who are interested in talking about anything related to death and dying. But the conversations are always open and follow the lead of participants’ interest that evening.”

Ashland Death Cafe is comprised of nine facilitators, with the first gathering taking place June of 2015. “We were all, attendees and facilitators alike, touched by the willingness and sincerity of those in attendance to be transparent and honest in a group of mostly strangers,” says Seltzer. “Over and over we heard how refreshing it was to be welcomed and deeply heard when everyone spoke of their interests, experiences, and concerns.” The limit for their gatherings are 60 people. As the gatherings commence, the larger group splits off into smaller, more intimate groups to further conversation.

When it comes to how food is involved in these gathering, Underwood says, “The act of eating and drinking is one of consciously nurturing one’s body and sustaining one’s life, so it helps mitigate those kind of fears. If you ask any caterer they’ll tell you that people eat much much more at a funeral than at a wedding and it’s for the same kind of reason. We’re all in the same boat as it were when it comes to life and death and when you recognize that it’s very humanizing. So in providing that tea and cake we’re nurturing each other, we’re giving each other a sort of cuddle with food and drink.”

“Our guests are offered a variety of tea choices and plentiful trays of delicious flavored mini cupcakes from Market of Choice adorned with candy skulls, flourless chocolate torte, and seasonal fruit,” says Miller. “We’ve been told that while the conversation about death is the main event, the food is icing on the cake!”

Death Cafe gatherings are offered four times a year, their next one taking place June 15. One can register for these gatherings on their website at ashlanddeathcafe.com, as well as learn more about the facilitators and the purpose of the group.