Synthesizing and Celebrating the 80s: Girls Just Wanna Have Fun 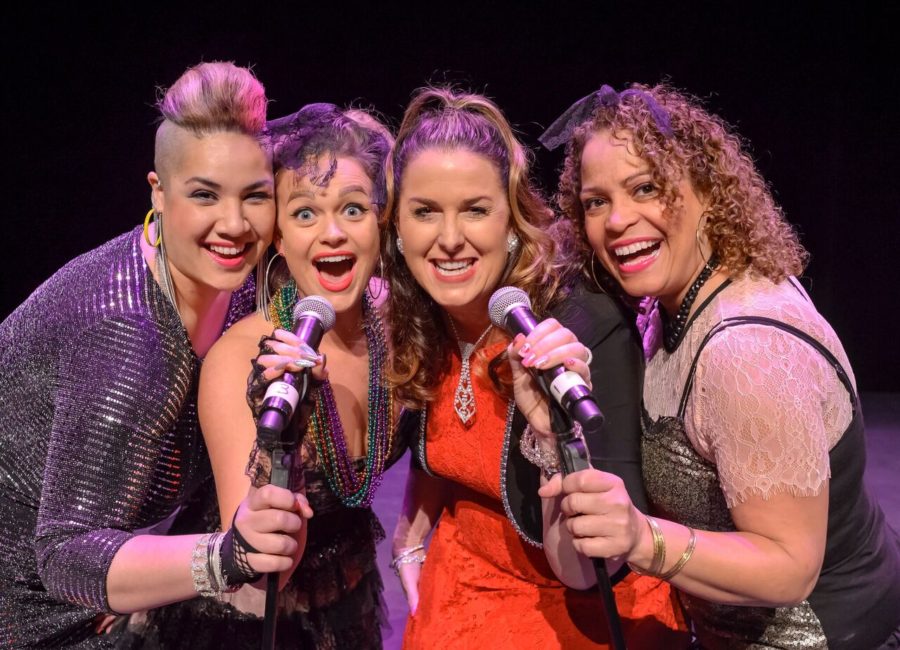 Eighties pop rock brought the world an iconic brand of music memorable even to those who may not prefer the genre. For three evenings the Craterian Music Hall will be celebrating 80s pop legends like Cindy Lauper, Whitney Houston, the B-52s, and others in their musical performance titled Girls Just Wanna Have Fun.

The Craterian Music Hall’s first tribute-like performance was dedicated to Bob Dylan. After receiving great positive responses, Artistic Director Doug Warner researched what type of they can celebrate next. “What we stumbled on with the Dylan thing [was] we had five vocalists,” says Warner, “which people used to see many years ago. People used to see these big shows, huge productions, big bands. There was an audience for it.”

Keeping big bands and large productions in mind, the Craterian has brought more productions like the first Bob Dylan tribute, such as a tribute to the Band and a Gospel production. “Ultimately what the shows are in a nutshell is kind of a celebration,” he says. “A place where you go, like the last show we did, the Gospel show, it fell right after the election…and people were pretty blown out of the water by the whole election. So, when they came in we just let them know this is just a place for two hours…where we’re celebrating music.”

For Girls Just Wanna Have Fun, Warner hopes to attract a younger audience by moving outside of the 50s and 60s style of music. “What’s making it work is seeing kind of all-star musicians. We’re putting them all together, and seeing what happens,” he says. “[For this show] we’re doing specifically girl music from the 80s.” He also mentions his obligation as Artistic Director to seek out different types of music and demographics of people to create a wholesome and different experience each time.

“So this was the same thing,” he expresses about Girls Just Wanna Have Fun. “What about if we feature female vocalists doing really fun [music]? Almost all the songs we’re doing were performed by female vocalists. It’s a style of music and it’s also a feeling.”

With that feeling comes an instrument one can’t forget when talking about 80s pop rock: the synthesizer. “That synth sound was real big in the 80s,” he says. “It’s dance music. It’s really kind of post-disco, and even one or two of the songs you can argue they are disco.”

Much time is spent deciding and narrowing the list of which songs will be performed at the show. Listeners will hear Berlin’s “Take My Breath Away,” Eurythmics’ “Sweet Dreams,” and “Don’t Stop Believing” by Journey. Musical Director Don Harris will be on keyboards, with John Taylor playing the synthesizer. Vocalists Jennifer DePuglia, Shae Johnson, and Jade Chavis Watt will not only be singing these 80s classics, they’ll be representing an energetic and emerging electronic time in music.

Synthesizing and Celebrating the 80s: Girls Just Wanna Have Fun