Home»Sound»Spanning Over Four Decades of Guitar Rock Greats: An Interview with Rickishane at the Talent Club
Sound 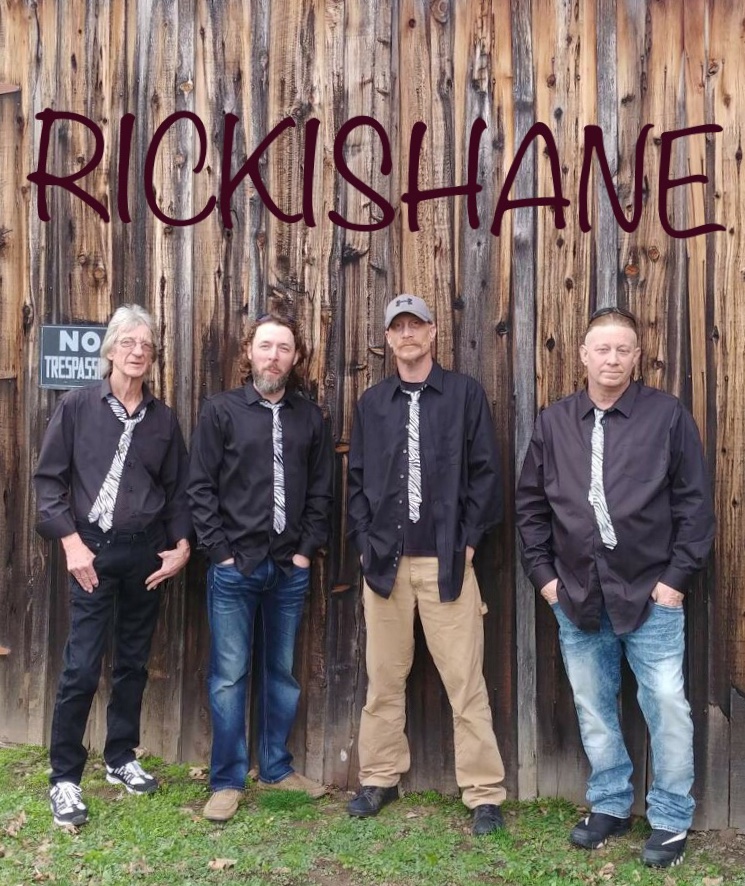 They are straight guitar rock: guitar, bass, and drums. They stay away from keyboards. (“We like it raw.”) Rickishane is made up of Rick Bolz, a pioneering 60s rocker, his two sons, Shane and Kish, and an “adopted into the band” son, who just happens—and somewhat confusingly—also to be named Shane.

In late October, I sat down with all four members of Rickishane at the Talent Club. Three years ago, this is where they had their first gig as a band. They perform many cover songs, spanning mostly the 60s through the 90s, with a couple of more recent ones punching in here and there—and they also currently are working on a full-length release of all original work, projected for release next summer. They take turns on the mic delivering up classic rock gems to their audience, each taking lead vocals on a different tune, which gives us the aural pleasure of a variety of vocal qualities, from rough or gravelly to smooth and clear.  Next show: 8 pm, Friday, November 22. Morrtons Pizza Sports Bar, 980 N. Phoenix Rd #105, Medford

Rogue Valley Messenger: Where are you guys from originally? How many of you are from this part of Oregon?

Rick Bolz: I’ve been here all my life, grew up in Phoenix. I was born in Portland. Moved back here when I was six months old.

Shane Bolz: I was born in Ashland. I grew up in Portland, and here.

RVM: Shane, when were you adopted into the Rickishane family?

SMB: About three years ago. I was playing in a band with some of Rick’s other friends that he had been in bands with like fifty years ago (The Neighb’rhood Childr’n). Rick came to fill in for one of them that was sick for one of our gigs, and later Rick was like “Something about you I like, could you come meet with us?” That was it; we kind of clicked and went from there.

RVM: Who are your biggest musical influences?

SB: I was going to say, these guys [indicating bandmates] right now for sure…John Bonham for sure. Anything that rocks, I’ll listen.

RVM: When I hear your song “These Are the Times,” I think of Clapton. Has anyone else ever made that association?

SMB: I’ve had people tell me that I look like a young Clapton. [Laughter] I don’t know if I see that.

RVM: You have a lot of covers on youtube. Do people refer to you as a cover band sometimes, and what do you think of that label?

RB: Well, we’re probably the most original cover band that you’ll ever hear.

KB: We put our own spin on each song.

RVM: How do you decide who sings what song? Is it as simple as the younger guys sing the more contemporary songs?

SB: No, not at all. What vocal fits. We all sing really different. It usually works out.

SMB: We’ve got a lot of different character to each of our voices and that fits with some songs a lot better than others and I know that Kish has got a really nice quality sound to his voice that fits a lot of the songs that I don’t think would come through the same if I was singing it.

RVM: The Talent Club’s website talks about your common DNA increasing the tightness of your sound where you can read each other better. Can you achieve the same thing when you play with any guy for a real long time, or is there something to be said about an even higher quality achieved with that common DNA factor making the connection even more solid?

KB: I think it makes it more solid. I never really had that connection when jamming with anybody else.

RB: You can gain a connection by playing with different individuals not related to you, but with the DNA factor, it rises even more so.

RVM: What do you guys want to make sure Southern Oregon knows about Rickishane?

RB: We like to be about community, and spread peace and love.

SB: That’s what music does. If you can tap into it whether you’re in the audience or whether you’re playing, it’s a pretty awesome feeling. We’re not trying to change the world, we just love playing music, you know, that’s the bottom line. It’s good quality family time for me.