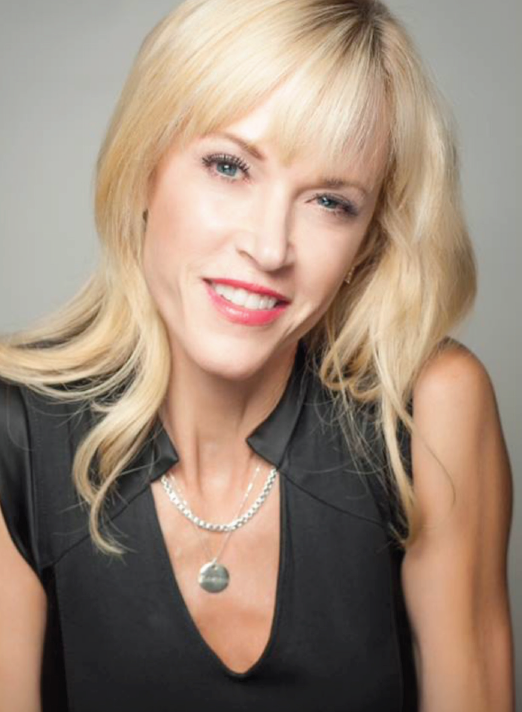 One reviewer explains that Sheila Hamilton approached the sensitive topic of her husband’s suicide with “a reporter’s eye and lover’s heart.” In All The Things We Never Knew, Hamilton, a well-known radio personality in Portland, re-examines her life with her husband. A decade ago, he was diagnosis with bipolar disorder. Six weeks later, he commit suicide. He didn’t leave a note; instead, Hamilton was overwhelmed with questions and needing to explain what happened to their nine-year-old daughter.

In her memoir, she goes through the forensics of her husband’s personality changes and confronts a woefully lacking mental health system.

On Thursday, January 8, Hamilton speaks at Bloomsbury Books. She recently connected with the Messenger to provide thoughts on the process of writing such a painfully honest book.

RVM: Do you remember the moment that the idea to write a book came about? What were the reservations? What was the motivation?

SH: I wrote the memoir portion of the book in 2007, soon after the death of my late husband. I was compelled to make sense of my own trauma, and writing helped me sort through the most extreme emotions and experiences. I’d missed a number of signs and symptoms of David’s mental illness early in our marriage. In many ways, I wanted to hold myself accountable for the mistakes I’d made. It was an excruciating process to relive the parts of our marriage that, in hindsight, could have been touchpoints for intervention.

I shelved the book in 2008 and began to investigate mental health from a more objective perspective. I’m trained as an investigative journalist, and the questions I had about the mental health system’s failures haunted me. How common is suicide? How many other families have been harmed by the mental health system? What is the history of the reliance on psychotropic medication? What are the outcomes? What works? The answers I found were compelling enough to include in the book as inserts, a guide for other families in crisis.

RVM: Writing isn’t entirely a new medium for you, but you largely have been working in TV and radio. Why a book? Why not a different medium?

SH: I’m a writer first. I’ve written for documentary film, television, magazine, newspapers, and radio. Every medium has different strengths and weaknesses. I’d missed my husband’s gradual descent into mental illness. He refused intervention and I compartmentalized how gravely disfunctional our marriage had become. Any love story, and that’s what All The Things We Never Knew is, needs subtlety and nuance. I loved and lost an exquisite human being to mental illness. In order to heal from that tremendous loss, I needed to learn to love again, in a more intimate, open and honest way. I wasn’t compelled to write the story for radio, TV or film. I was compelled to write it down. Only later, did it become a book.

RVM: Writing a book is challenging enough, but was re-living what obviously was a difficult time would seem to double-down on that emotional toll. How accurate is that assessment?

SH: It’s accurate. There were moments, especially in reliving the moment I had to tell my nine-year-old daughter about the death of her father, that I sobbed on the floor for hours. It was grueling and cathartic. At the time, I was emotionally and financially devastated by my husband’s death. I couldn’t afford therapy. I didn’t know if I would be able to keep our home. Writing was the only accessible outlet I had for a grief so harrowing I thought it might be with me forever.

RVM: In terms of the writing process, when you were writing, were you more focused on your own healing and process—and attempt at understanding—or were you thinking about the audience, and about trying to help out others?

SH: The process I describe above, the reporting on the mental health system, is in fact, for other families in crisis. I wrote that portion as a guide, a resource, and an essential review on what’s working in mental health. Other families shouldn’t have to go through what I did. Those inserts are absolutely for others. The memoir wasn’t originally intended for anyone but myself and my daughter.

RVM: You have received some very positive reviews, with the book described in terms like “candid,” “heart-wrenching.” Can you add any adjectives that haven’t been used yet?

SH: Real. All too common. Surprisingly universal. I’ve heard from hundreds of readers who have said, “Me too.”

RVM: It is interesting to write a memoir that is ultimately not necessarily about you—or, at least, it is largely/partly about you projected onto someone else. I guess the question is: How much do you feel like this book is about you, about your husband and about bipolar in general?

SH: It is about me. I had the extraordinary experience of loving David, of raising our daughter together, and ultimately losing him. I wish I could have gained more insight into David’s state of mind as he denied his worsening illness. His shame kept him from sharing the reality of his thoughts and his fears. His distance, his isolation, and his belief that we are alone in this world, made him unreachable to me or his doctors.

RVM: I have to wonder if these readings keep the healing process from being completed. In many ways, you have to relive the experiences. Again, can you correct or modify that assessment?

SH: I’m humbled and honored to finally be able to talk openly about a problem that one in four families are dealing with.  People are stigmatized, marginalized and very much alone in dealing with a major health problem. When someone in your neighborhood gets cancer, people show up with casseroles and get-well cards. When someone develops a mental illness, the response is too often isolation and shame. We need to change that.