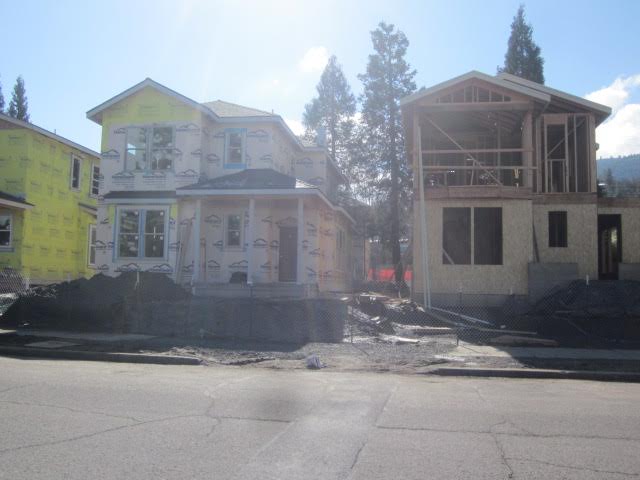 The United Nations adopted the Universal Declaration of Human Rights in 1948. Article 25 specifies that, “Everyone has the right to a standard of living adequate for the health and well-being of himself and of his family, including food, clothing, housing and medical care and necessary social services.” Article 19 states that, “Everyone has the right to freedom of opinion and expression; this right includes freedom to hold opinions without interference.” At its February 21 meeting, the Ashland City Council and Mayor John Stromberg demonstrated disdain for both.

The Scene: Southern Oregon Housing For All, an umbrella group for several organizations concerned with homelessness, tenant rights, and affordable housing in Ashland (such as the Rogue Valley Interfaith Social Justice Coalition, Ashland Tiny House Group, Southern Oregon Tenants Union, and 24-Hour Shelter Group), held a rally outside of the Ashland Civic Center prior to the City Council meeting. A publicity e-mail indicated that SOFHA hoped to raise public awareness of a “rental crisis” in Ashland.

The groups also planned to urge the City Council to address affordable housing and related issues at the meeting itself. As Diane Werich from the Interfaith Social Justice Coalition explains: “We have been doing band-aids—safe overnight parking, laundry services, shelters—for a long time. They are necessary, but not long-term solutions to the need for affordable housing.”

What Happened Next: Eight citizens submitted the mandatory written requests to address the City Council during its 15 minute “Public Forum,” time allotted for the public to offer views on non-agenda items. Mayor Stromberg, unable to divide 15 minutes (900 seconds) into 8 equal parts (112.5 seconds), allotted each member of the public an additional 7.5 seconds. Seven of the eight speakers cited a “rental/housing crisis” as their reason for speaking. The eighth asked the Council to consider replacing four trees on Ashland Plaza.

No councilor acknowledged the requests to address affordable housing. When one speaker, Josh Gross (full disclosure: Gross is the Messenger’s Music Editor), exceeded the two-minute time limit, Mayor Stromberg did react. He banged his gavel, refused to allow Gross to finish, and ordered the Ashland police to remove Gross from the Council Chambers when he attempted to complete his remarks. After the Public Forum concluded, several Councilors expressed support for the new trees.

Brief Background: Ashland’s Affordable Housing Trust Fund Ordinance, designed “to support the creation or preservation of affordable housing,” passed in 2008. So far, the city has not used the original monies nor funded the Trust further. In 2014, the Ashland City Council named “to pursue affordable housing opportunities, especially workforce housing” as one of its “Priority Strategic Planning Goals and Objectives.”

On August 10, 2016, an estimated 80 people gathered at the Ashland Public Library to discuss affordable housing at a forum organized by Ashland’s Housing and Human Services Commission. The participants identified four priorities: 1) availability of overnight shelter seven nights per week; 2) funding the Affordable Housing Trust Fund and/or using existing funds; 3) Tiny Houses (homes approximately 400 square feet or smaller) as a potential affordable housing solution; and 4) greater protection for tenants, especially expansion of eviction or rent increase notices from 30 days to 90. SOHFA embraced these priorities and communicated them at the “Public Forum” described above. It is not clear if the library’s homeless/transient patrons contributed.

Two months later (October 27), the Housing and Human Services Commission unanimously passed a resolution stating that it “supports the development of a ninety-day notice (of eviction) to address the critical rental issues we have in Ashland.”

The Reaction: Jesse Sharpe, Southern Oregon Tenant’s Union: “For many of us the outcome (of the rally and Council meeting) was very frustrating.” Diane Werich: “We felt ignored, dismissed. We expected some acknowledgment, perhaps a ‘yes, we’re going to work on this.’” Karen Logan, of Ashland Tiny House Group: “The Ashland City Council chose not to respond to people’s trauma.”

The Future: Representatives from the organizations involved in Southern Oregon Housing For All expect to approach the Ashland City Council again to reiterate their concerns and to appeal for action. “We truly believe that the Council wants to help with the housing crisis,” says John Wieczorek, also of the Interfaith Social Justice Coalition. “Everyone on the Council campaigned on this item.”

Universal Declaration of Human Rights, Article 1: “All human beings are born free and equal in dignity and rights. They are endowed with reason and conscience and should act towards one another in a spirit of brotherhood.”