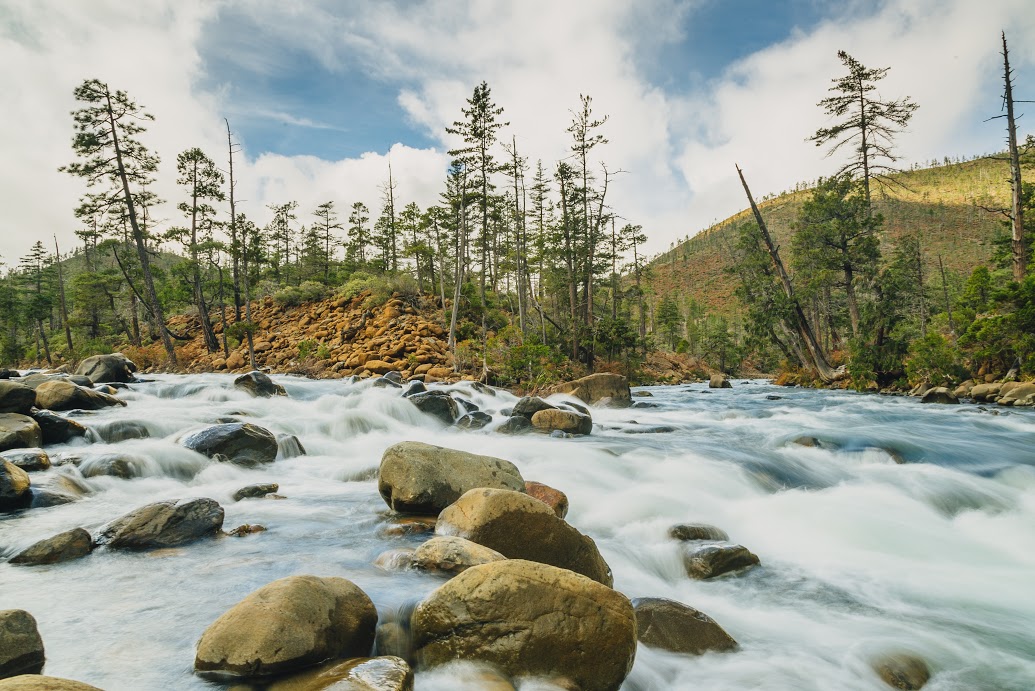 Jeanine Moy, outreach director for KS Wild, is aware that the event she’s organizing may at first seem counterintuitive. To promote wild, outdoor places, she wants people to spend a long weekend afternoon gathered in an auditorium, watching films.

Then again, her organization’s mission is not just to get people out on the incredible Siskiyou region wilderness. It’s also to protect these trails, lakes, forests, mountains and rivers from the constant threats of logging, pollution and misuse.

“Our best defense is people coming together,” says Moy. “We’re fostering awareness through these films, and it’s one of many things we do to create a sense of unity.”

That sense of unity is what draws many people to the Siskiyou FilmFest year after year, including Nate Wilson, one of the filmmakers being featured in this year’s event.

“The Siskiyou FilmFest really feels like a neighborhood gathering,” he says. “It’s a grassroots event that gives people from all of the communities in the area a chance to catch up with friends, share some stories, and enjoy a celebration of what makes this corner of the world unique.”

It’s a theme that will ring close to home for many FilmFest attendees; the Rogue Valley has seen its share of environmental battles. Speak for the Trees tells the story of another one of those battles, fought by residents of the Applegate Valley against a logging company illegally deforesting areas that are literally in their backyards.

Dean Hawn, the Hollywood producer-turned local filmmaker who produced the documentary, says it was the community that piqued his interest in the story.

“A group of friends came together to stand up against the destructive saws of industrial logging,” he says, “and I felt I could use my filmmaking skills to be of service to a friend and ideally help to defend mother earth.”

Hawn’s efforts did not go unseen. His film not only put the Little Applegate in the national environmental spotlight, but it also spawned further documentary projects based on forest protection, and sponsorship through the International Documentary Association.

Moy says that in addition to great local environmental films, she and her team also discovered some that offer perspective on the Siskiyou region’s challenges by telling the stories of far-flung places.

“There’s a film called Pamuli out of Mozambique,” says Moy. “I love it for its story, and that it’s an exotic parallel to the KS National Monument.”

The Siskiyou Film Fest will convene around 3 PM on February 12th at the Grants Pass High School Performing Arts Center. Keynote Speaker Grandma Aggie, the oldest living member of the Takelma tribe, will kick things off. Attendees can browse the tables of over 20 community groups before heading in for the first round of films. A generous intermission will allow time to purchase a meal from local food gourmand Chef Kristen, and then it’s back to the auditorium for the rest of the films, concluding around 8 PM.

From Moy’s description, it sounds as if people watching will be another FilmFest attraction.

“We usually see a lot of people from the Applegate and Illinois Valleys — back to the land types of folks, new waves,” she says. “Last year we also saw a lot of young folks, a diversity of folks from the Grants Pass area, and a lot of people interested in film and media.”

Farmers mingling with ex-Hollywood producers and teens that might normally spend the day sneaking in and out of movies at the mall? Yes, it’s a community.

“Everyone involved here is committed to the big picture, sustainable society,” says Moy. “We’re pulling together, building our connections, and preparing ourselves for what’s ahead.”

Tickets for Siskiyou FilmFest can be purchased online at siskiyoufilmfest.org.