Home»Sound»Shop Local Music Shops: Hilltop Music Has Everything You Need and a Lot You Just Want
Sound

Shop Local Music Shops: Hilltop Music Has Everything You Need and a Lot You Just Want 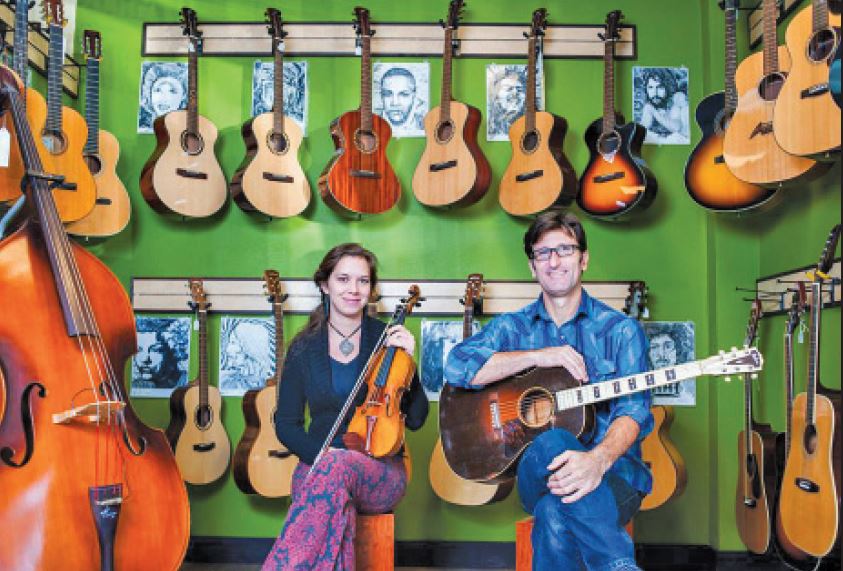 It was never their original plan, but Hilltop Music has grown into one of the largest sellers of instruments in Southern Oregon.

“Our goal here is to be the musical hub for the valley,” says Wayne Cameron, the shop’s owner.

Cameron started out in the little California town of Idyllwild, buying, repairing, selling and trading musical instruments for about five years before moving to Southern Oregon and with his partner Lily McCabe. Once here, they purchased Fretwell Music in Ashland.

But that first shop in southern Oregon wasn’t big enough: They were squeezing 180 instruments into a 500 square foot shop; eventually they moved to their current 4,000 square foot location at the Exit 24 shopping center in Phoenix.

Cameron and McCabe are both musicians, and they know what it feels like to have big dreams and a skinny wallet, which is why they do their best not leave their customers with a nice instrument and no rent money.

“I know this for a fact that we offer the best value on trade-ins, which gives the musicians more trading power,” says Cameron. “In this shop we are musicians first and we want to serve the needs of the working musician, and the hobbyist.”

Their current location also has proven big enough to include a full repair shop, the largest selection of nylon guitar strings north of L.A. and one of the only stages available to see live music performed in Phoenix.

“We’ve grown so much in inventory, we put on less shows,” says Cameron. “But now until fall we’ll probably do a show a month. We want musicians to able to trade-up, get their instruments fixed and network.”

And network they do. The front of the shop is covered with flyers. Hilltop recently even offered a scholarship to attend the Britt Festival Guitar Weekend.

Cameron and McCabe feel Hilltop Music is grew roots in southern Oregon so quickly because they have been offering something different.

“We aren’t necessarily in competition,” he says, “because we are doing things the other stores aren’t doing. If people want a guitar that we don’t have, we’ll send them there.”

Unique used gear is Hilltop Music’s forte, though they are expanding their collection of new boutique brands as well.

Open 11am to 6pm, Tuesday-Sunday

Shop Local Music Shops: Hilltop Music Has Everything You Need and a Lot You Just Want