Home»News»Senator Ron Wyden Is Coming To Town! And He Wants To Answer Your Questions
News

Senator Ron Wyden Is Coming To Town! And He Wants To Answer Your Questions

…..but first he answered ours! 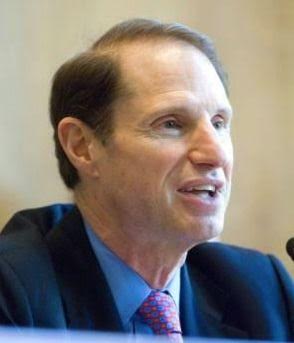 RVM: One of the most pressing issues in southern Oregon has been the loss of timber-sale dollars, especially in Josephine County, which has created the immediate effect of reduced funds for the sheriff.  Is there a role that the federal government can or should have for funding local law enforcement?

RW: Yes. Through the Secure Rural Schools (SRS) program I co-authored in 1999, Oregon’s timber counties have received more than $3 billion for law enforcement, schools, roads and other essential county services. Although Josephine County passed its public safety levy last year, the needs remain. That’s why I am pulling out all the stops to re-authorize SRS in this Congress because this proven lifeline is about ensuring rural Oregon communities are safe places where students can learn and residents can get from place to place. Simply put, I am all for getting the harvest up in a sustainable way, but SRS is a critical safety net that is needed now – the two are not mutually exclusive and the need for reauthorization as soon as possible is evidenced by the reduced funds for the Josephine County sheriff.  In addition, the Payment in Lieu of Taxes or PILT program continues and I remain a staunch supporter of it as it continues to provide more general funds for counties that host our public lands.

RVM: Forest fires are increasingly a concern and threat in southern Oregon.  How can or should the federal government help in terms of either/both funding firefighting and prevention?

RW: Last year, Idaho Senator Mike Crapo and I reintroduced bipartisan legislation to end the problem of “fire borrowing” by paying to fight forest fires like other natural disasters are funded. That fix would free up millions of dollars each year for actual forest management for wildfire prevention. Agriculture Secretary Sonny Perdue has even stated publicly that he supports a wildfire funding fix just like the approach Senator Crapo and I proposed.  I have urged the president and Senate leadership to include my wildfire fix in any must-pass bill, and I will continue working with my bipartisan colleagues to find a permanent fix to wildfire funding which will provide more consistent funding for fighting the natural disasters known as wildfires, as well as for forest management to decrease the likelihood and severity of wildfires.

RVM: Medford public schools have struggled mightily with graduation rates over the past decade – and, coupled with those struggles, have been a particular high homeless rate for families and teenagers.  What role can/should the federal government have with supporting those school systems (and social services)?

RW: To help more Oregon students thrive in school, I pushed for the new Every Student Succeeds Act (ESSA) to require states to improve student learning at schools with low graduation rates. If a high school graduates less than two-thirds of its students, then, under the legislation I support, the school must receive help from the state and the school district. I am pleased Medford has improved its graduation rates by 13 percentage points over the last three years and that Oregon’s overall graduation rates improved by two percentage points this year, but it’s clear there is much more work to be done.

When it comes to students experiencing homelessness, I got an amendment adopted to the ESSA requiring data for the first time on graduation rates for those teen-agers – so for the first time the problem is not just anecdotal, but we have cold hard numbers. This first round of numbers shows clearly how much work remains to be done to get homeless children the help they need. I am dedicated to providing that help, and these numbers will assist in getting my colleagues in the US Senate on board with providing help as well.

Senator Ron Wyden Is Coming To Town! And He Wants To Answer Your Questions