Secretary of the Interior Comes to the Left Coast

We Answer Questions about Monuments 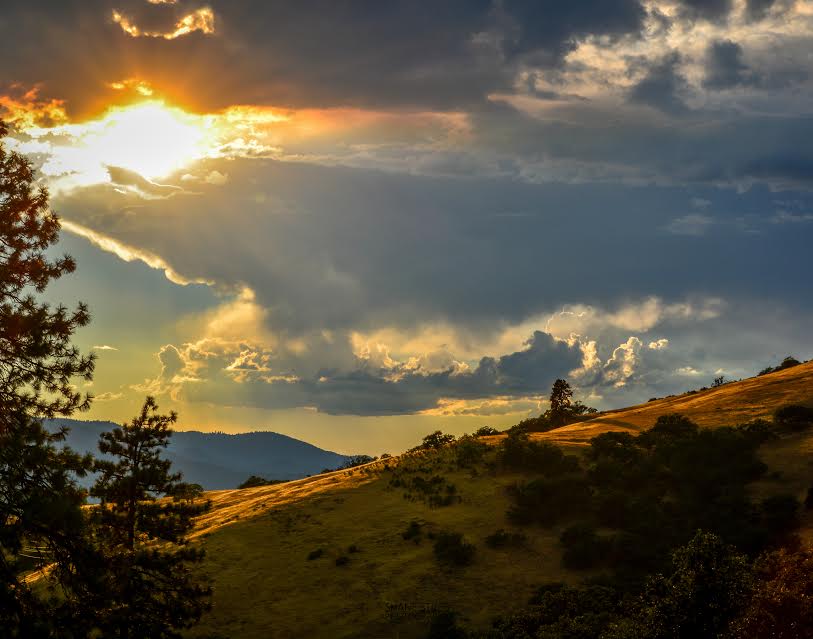 The debate over President Obama’s expansion of the Cascade Siskiyou National Monument is as complex as the ecosystem of the Cascade Siskiyou National Monument. To the (in alphabetical order) botanists, business-owners, campers, ecologists, entomologists, environmentalists, evolutionary biologists, foresters, geologists, hikers, horseback riders, hunters, Native peoples, ornithologists, private landowners, ranchers, snowmobilers, snowshoers, students, timber executives, wildflower enthusiasts, and wildlife biologists who all have their view of the monument, now add a Montana native, a University of Oregon graduate and former football player, a former US Navy Seal, and a former Montana Congressman. The newcomer, all embodied in one person, is newly-appointed Secretary of the Interior, Ryan Zinke.

Does this mean Secretary Zinke will  invalidate the Monument, both President Clinton’s original 50,000 acres and the 48,000 acres President Obama added?

Add another group interested in CSNM, lawyers. Although Secretary Zinke is going through the motions of researching the designation process of 27 national monuments which fit the Executive Order’s parameters, he has no authority to “rescind” a National Monument. It is highly unlikely that President Trump has the authority, either.

What’s the fuss? Perhaps President Obama’s expansion was technically legal though some would argue not quite democratic. But isn’t that politics as usual? Maybe President Trump will name Trump Tower a National Monument.

Close. Although the CSNM itself will endure, its management is quite subjective—open to the administration’s direction and to influence of the BLM which creates and enforces “resource management plans.” “Proponents,” in Secretary Zinke’s words, favor reduction of human impacts and expansion of territory to conserve and enhance the Monument’s raison d’être, biodiversity, attributable to the extraordinarily rare confluence of ecosystems here. “Opponents,” again in Secretary Zinke’s words, express equal appreciation for CSNM’s lands but have a broader view of acceptable human uses, essentially economic and recreational activities pre-Monument.

How can Secretary Zinke make such a critical decision based on a two day visit? Haven’t scientists been studying the area for decades? Did he even see Shakespeare in Love?

What is the correct perspective? The Siskiyou Mountains are 425 million years old. Pilot Rock, 25.6 million. Native people settled in the area 13,000 years ago, a bit prior to white settlers arriving on the Applegate Trail mid-19th Century. Noah’s orders (as in, “build an ark, Noah,” an apt analogy for the CSNM) neither included “sell the animals at market” nor “charge them for the boat ride.” Although his environmental record in Congress was disappointing, Zinke has a degree in geology and is an avid outdoors person who grew up adjacent to Glacier National Park and Flathead National Forest. Congressman Zinke resigned from the Republican Party platform committee in 2016 in objection to its plank favoring the selling or transferring public lands.

Won’t Secretary Zinke recommend scaling back the Monument to please the President and Republicans?

He did meet with “Industry leaders from: Timber, Forestry, Ranching, Agriculture, and Snowmobiling” and was hosted by Congressman Walden, not a member of the Green Party. He also met with:

His report is due August 23. By the time this article appears, he might already have announced his recommendations. He himself said, “The good thing is, I haven’t seen anybody that isn’t passionate and doesn’t want to protect this (land).”

Okay, I vaguely trust the Messenger. What do you think will happen?

So far, the Secretary has visited three other monuments and recommended no changes at two of them. US Federal policy regarding public lands has been contentious since 1776 when the West was Ohio and Tennessee. At least Secretary Zinke visited our monument in person. Frankly, we’re more worried about the “Aggressive Deer” warning signs in our neighborhood, which, like the CSNM controversy, are another indicator of the real questions: Will Americans live responsibly on this planet? Will American society learn to thrive without driving the natural world, which we obviously need and clearly value, past its limits? How will our form of government help?

He really was a Navy Seal? Did he look tough?

We suspect he would protect us from an aggressive deer.

Secretary of the Interior Comes to the Left Coast