Home»Sound»Music News»Second Generation: New Move Formed From the Ashes of Many That Came Before
Music News/Sound

Second Generation: New Move Formed From the Ashes of Many That Came Before 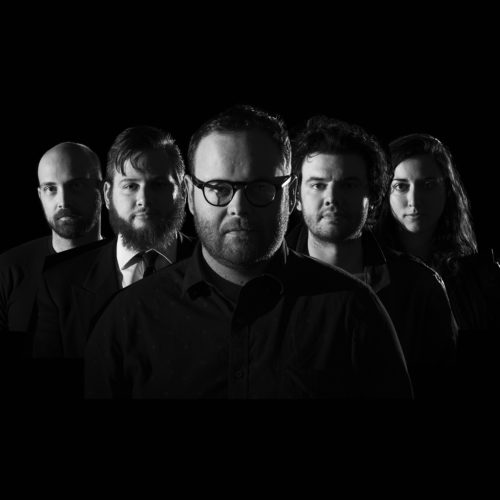 The most common band formation story is two college students playing guitar together on a dorm couch, and saying, “this is fun. Let’s find an endless parade of drummers.” Portland pop-rock act’s story is the second most common: old hands that knew each other through the local music scene full of couch-formed bands (and the service industry), and tried out various members until settling on the right lineup for the material.

In New Move’s case, the material is catchy R&B-influenced pop rock in the vein of a modern take on Electric Light Orchestra with several former members of Oh Captain My Captain, and it settled on a skilled five-piece lineup that includes baritone sax.

The band has played Southern Oregon several times before, and is returning again to play at Brickroom on Fri., January 19 with local act, The Juniper Berries, and took the time to preview the performance for The Messenger.

RVM: You’ve played Southern Oregon, and Ashland several times now. What keeps you coming back?
NM: Two words…cultural diversity. Just kidding. [vocalist, guitarist and principal songwriter] Jesse [Bettis] lived there for a year between ’06-’07. There is a good amount of people who care about live music there, and we’ve always had a great time playing shows in Ashland. Also, it perfectly breaks up the drive to SF!
RVM: A lot of your sound is based more on layered arrangements than individual flash or chops. What is your writing process like to achieve that end?
NM: Most of the songs were written in the box, so the layering was a big part of the songwriting process. A lot of the sound of the New Move LP was an opposite reaction to the tendencies of Oh Captain My Captain, which was a lot more flashy, with a lot of guitar solos and strange arrangements etc. With New Move, Jesse wanted to create a record relying on the layers within each part to create the dynamics of the arrangements, with less flash and more intentional hooks (Most songs don’t even have a crash cymbal!). In addition, more conventional pop song structures were used with the intention to cut out all of the fat and make these song have the biggest impact possible in under three and a half minutes.
RVM: Your online bio lists listed Smash Mouth as an influence. Really?
NM: Our bassist, Matt Moore, was in charge of writing the about the band section. He has horrible taste in music.
RVM: What’s on the radar for you?
NM: This year we will be rolling out New Move Studios, an umbrella under which we will release New Move Records and New Move Television. First up is a music compilation in collaboration with Misplaced Screenprinting; Brand new songs by PDX artists who have had merchandise printed by Misplaced, produced by Jesse in our recording studio. Then a series of comedy shorts to promote the comp, including a late night TV show, and a making-of mockumentary.

New Move, with The Juniper Berries

Second Generation: New Move Formed From the Ashes of Many That Came Before