Sea Urchins Chomp Through Oregon, But They Aren’t Looking For Halloween Candy 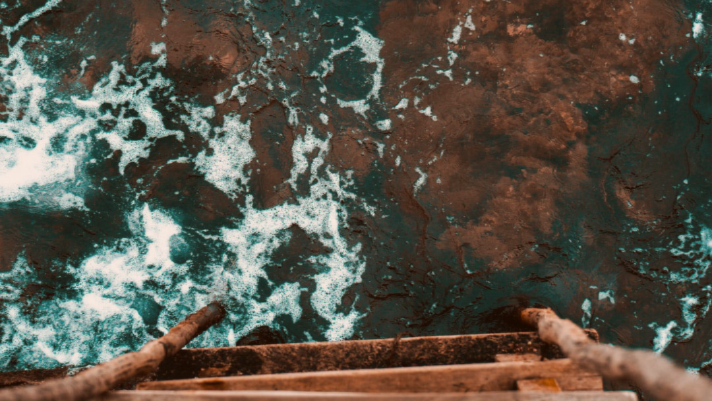 October is a month known for its tricks and treats. Up to 40% of children will return to their kindergarten classes with cavities while countless parents will try to hit the gym before the true holiday season begins. The last thing on the minds of Oregonians is the threat of sea urchins.

Purple sea urchins have a different seasonal snack in mind: the underwater kelp forests on the coast of Oregon.

A recent study found that over 350 million of these spiny animals have found their way to Oregon’s reefs and more are traveling their way up the California coastline. Their insatiable appetite for kelp has eaten up almost 90% of Northern California’s giant bull kelp forests so far and Oregon’s coastline is the next item on the menu.

The number of sea urchins has increased by an estimated 10,000% since 2014, in part thanks to the failing sunflower sea star population. As one of the only predators of the purple sea urchin, the sunflower sea star has been a key factor in maintaining balance within coastal ecosystems.

But everything changed in 2013 when a new disease swept through the sea star population. As a result, millions of starfish died and purple sea urchins were left to flourish in the years after. But biotechnologists and marine ecologists worry that the problem is being exacerbated by climate change. Combined with warming waters in the Pacific, the already struggling kelp forests don’t stand a chance against the boom in sea urchins.

Kelp is an important annual plant that helps clue researchers into the health of an ecosystem. Kelp can grow up to two feet per day, quickly outpacing the average lawn which usually grows within three weeks. Researchers are able to determine ecosystem health by tracking the speed at which it grows and monitor any changes that occur. Right now, the kelp is growing at a snail’s pace compared to previous years when colder waters were abundant. Worse yet, the urchins are eating spores and seeds of the kelp plant, potentially damaging future populations, too.

“We’re going to see climate change as a big driver of changes in kelp forest as we move forward, and we are already seeing that,” notes Nature Conservancy associate director Norah Eddy. Her team under the oceans program has used drones to map the existing kelp forests in Northern California.

And now that purple sea urchins have moved in, they’re pushing out the competition. Needless to say, this is both bad for the delicate marine environment in the areas and the shelves of our supermarkets.

Commercial fisheries in California and Oregon that rely on red abalone and red urchins have begun closing their doors as populations are displaced by purple sea urchins. In fact, the red abalone market once contributed over $44 million to the coastal economy each year. More fish species are being put at risk as the habitat changes and warmer waters invade northern coastal regions.

So far, it seems that the only solution is to destroy or remove the purple sea urchins. Others have posited that fattening up starved purple sea urchins may be a viable option to help control the population, but it doesn’t help the kelp in the long run.

“It is a climate-driven response that happened quite quickly, so it is taking a while for news to get out about the scale of the problem,” says Rogers-Bennett. “We are going to need a lot of resources, people, funding, ideas, people coming together to change this climate disaster.”

Sea Urchins Chomp Through Oregon, But They Aren’t Looking For Halloween Candy