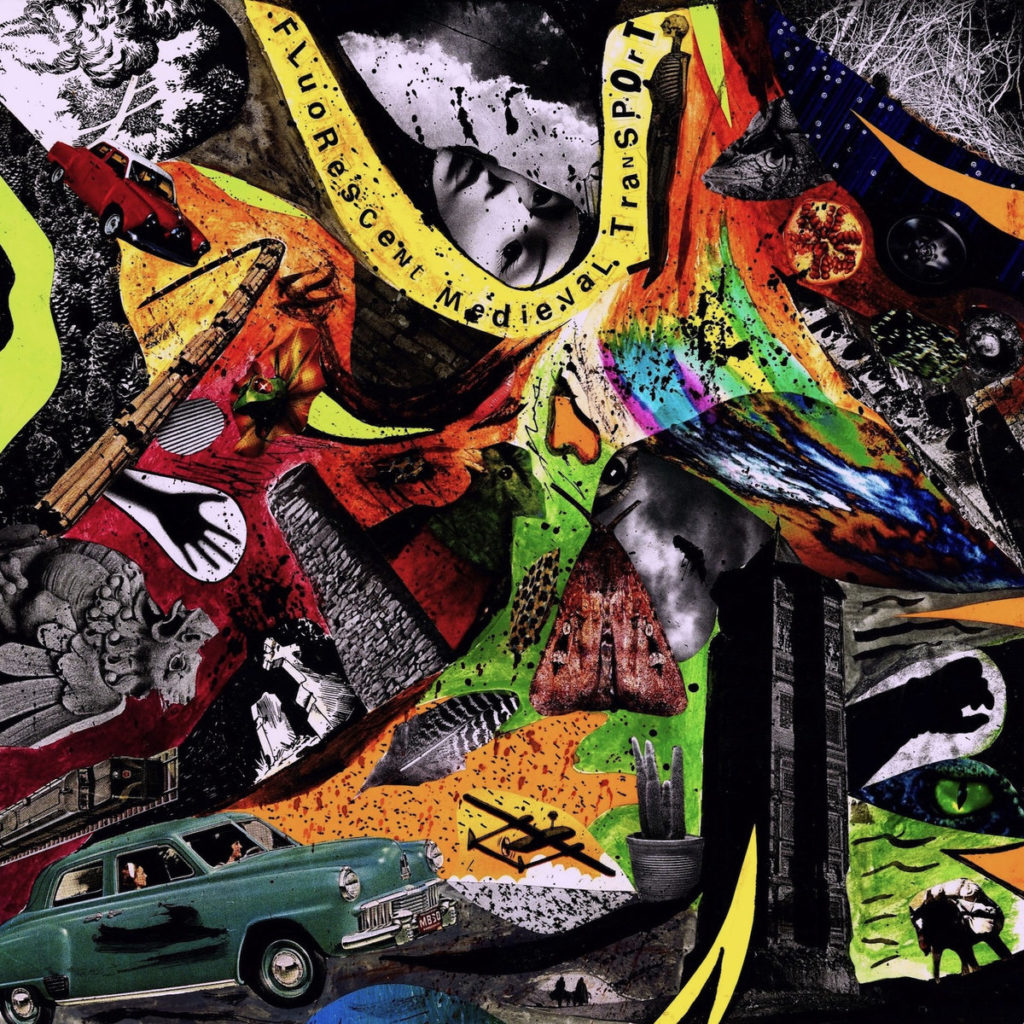 It’s been awhile since listeners have heard form Ashland based singer/songwriter Scott Garriott. Besides 2018’s covers album titled “Hay Bales and Chemtrails,” it has been over two years since Garriott released any new music. Besides some rumors circulating that he might be starting a new glam rock project, there has hardly been any word of new music. That silence was broken this month with the release of Garriott’s latest, “Fluorescent Medieval Transport” (“FMT”).

The album begins with the ephemeral, pounding instrumental “Renegade Carriage Awakening,” setting the tone for what’s to come. Although Garriott’s albums usually serve to highlight his song craft, it is worth noting that he has picked up quite the affinity for creating these microcosmic soundscapes within his recordings. This instrumental gives way into the more traditional, strummy “Personal Masterpiece.” This track features guest vocals form fellow local singer/songwriter Michael Good Luck. It is not unusual for Garriott to bring guests into his recordings, but on “FMT” there seem to be several new voices.

Further down the line we have the track “Castle Of Dreams,” featuring another of Garriott’s frequent collaborators Arlo Brooks. This track combines many of the manipulated guitar sounds Brooks is known to produce alongside Garriott’s usual lo-fi folk, sure to remind listeners of the two’s previous collaborations including 2016’s excellent “Old Man in the Doorway to Nothing.”

Another stand out track on this record is “Illumination,” seeing Garriott experiment with autotune on his voice. Tracks like this always shine in the hands of Garriott, always seemingly unconcerned with what is expected of him (and the indie-folk genre at large), in favor of true, honest-to-God experimentation.

The album continues with the contemplative “I Wish I Could Read It.” This track comes with another quirky experimental moment in the form of its sung “1-2-3-4” intro. Garrett makes a lot out of these small oddities. Singing, “and I wish I could read it, but I have to concede that, it just isn’t for me, that sweet mystery that I can’t read, is not for me.” It’s often difficult to parse out exactly what Garriott means with his lyrics, but that might be beside the point. Words like these are relatable on many different levels. Garriott uses ambiguity to his advantage better than many songwriters use literality.

“FMT” further expands its instruments’ palette with the track “Vertical Travel.” I would love to go into a deep description of what is going on with this track, but I can’t even decipher what particular instruments are in this song, besides Garriott’s classic drawl and an acoustic guitar. Again, Garriott often doesn’t get enough credit for his arrangement/production choices.

It is immediately apparent when listening to “Fluorescent Medieval Transport” that Garriott hasn’t lost any of the abilities or charm that draw people to his music. While the greater musical landscape may always be changing, one can always count on Scott Garriott albums to be there.