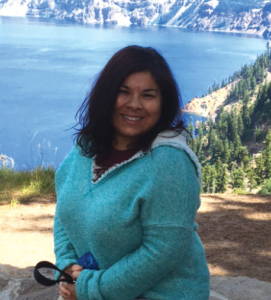 Rogue Valley Messenger: Your “calling card” issue for this campaign has publicly been said to be banning marijuana grows. Why are you opposed?

Ruth Moncus: Family and children. Look, we need to consider our own children in this election cycle and what future we want for our families. Many people already agree with me on this. Also, Medford needs to be an attractive destination for tourists, the residents already here, and families that are looking to live in the city limits. It is clear that Southern Oregon has become the ideal place for marijuana dispensaries. Not only will this be less of an incentive for new-comers to move into the area, but for businesses as well. This depreciates the value that Medford has already built.

RVM: You moved from California a year or so ago. Do you feel as if you know the community well enough to represent it?

RM: Yes, I do. Here’s why. We moved from California due to politics. Crime was increasing and our elected leaders did close to nothing to resolve this. If elected, I can assure my constituents that I am not blinded by political ideology. I am here to simply represent the common voter and strive for the safety of every citizen.

RVM: What other issues do you feel strongly about—and what plans do you have for them?

RM: Homelessness. Many people can agree that the homeless problem has gotten worse. I think this an issue where all sides need to be heard with action followed. This is why I have supported the likes of non-profits and the Tiny Home Project in improving the current challenge.

RVM: It is an interesting race in that there are four out of five candidates who are women. Is that affecting the tone or topics of the campaign?

RM: Yes. I believe what many of the candidates want for Medford is safety. They want to be able to ride their bikes along the Bear Creek area ensured of their security. They want the homelessness situation addressed. This is what I will discuss.

RVM: How has gender played a role in your campaign and/or political career?

RM: Apparently the city of Medford hasn’t had four women running in the same ward ever. That tells you that times are changing. I feel we all offer something, being Latina running in a predominantly white ward is a little tough. But I don’t think I will be the last, demographics are changing and that’s a good thing.

RVM: You also are one of two Latina candidates. What do you see this brings to the race—and what can that bring to council?

RM: I think that it is great Medford is becoming increasingly diverse. This opens the door for Latino/ Hispanic residents to run for positions such as council. All it takes is determination and the willingness to put others before yourself.

RM: The mom from the Goldbergs. Yes, I’m a proud helicopter mom who adores her kids and meddles into their lives more often than not.

RM: Greater Harvest and the Good Bean both make a delicious Oregon Chai!