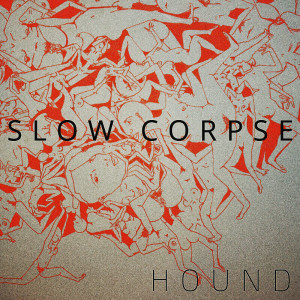 I recently told a friend of mine he had to hear an EP from a new Ashland band sent in for review, and then put it on the stereo. We were less than 15 seconds into the opening track before he boisterously demanded a copy, as he had never heard a band from Ashland that could capture that sound.

That band was Slow Corpse. And its debut, Hound EP, is breathtaking, even in its cold open.

The opening song, “Vision,” sounds like a DJ-remix of the closing half of “Hummer,” off of Siamese Dream by Smashing Pumpkins, with a lazy clean guitar line lulling the song forward.

The second tune, “Ruckus,” keeps that formula going, but with a light R&B vibe added to the mix.

The EP’s third tune, “Rewind,” is the biggest shift, picking up the tempo a bit and evoking Modest Mouse, with a wiry-toned funk bend on the guitar, and an anti-pop vocal performance from vocalist Mitchell Winters. But it’s far less abrasive than the dulcet tones of Isaac Brock, and the beat is far more driving, with a staccato synth pattern and straight beat instead of the big room drum sound that anchored late-era MM.

The EP’s fifth song, “Shores,” is anchored by a blues-jazz chord progression on the guitar, and—for better or worse—is the collection’s most adult-contemporary offering.

Hound EP closes with “Ill Man,” a moody track that launches with rumbles of synth and distant bells like a scary sounds of Halloween album, before guitar comes in with a moody ballad, given an unexpected bound by soft claps on the upbeat, and a wonderfully bobbing meter in the bridge.

On the whole, Hound EP is one of the best releases to come out of Southern Oregon this year, and possibly last year as well. Part of that is that the sound is a breath of fresh air from the grass-hyphenate saturated local sound, but also because of the obvious care that went into the production. Every guitar shimmers, every vocal line intrigues, every drum beat soothes rather than shocks.

The band has only played a handful of shows and hasn’t yet toured. Hounds EP is barely out in the world. But still, Southern Oregon music fans should mark Slow Corpse as the local band to watch in 2016. Because if what follows is as good as what Slow Corpse accomplished in such a limited time, then the horizon is an exciting time indeed.