ROUGE SOUNDS: Slacker Swing Still Has That Thing on “Maestro and the Captain,” New From Flat 5 Flim Flam 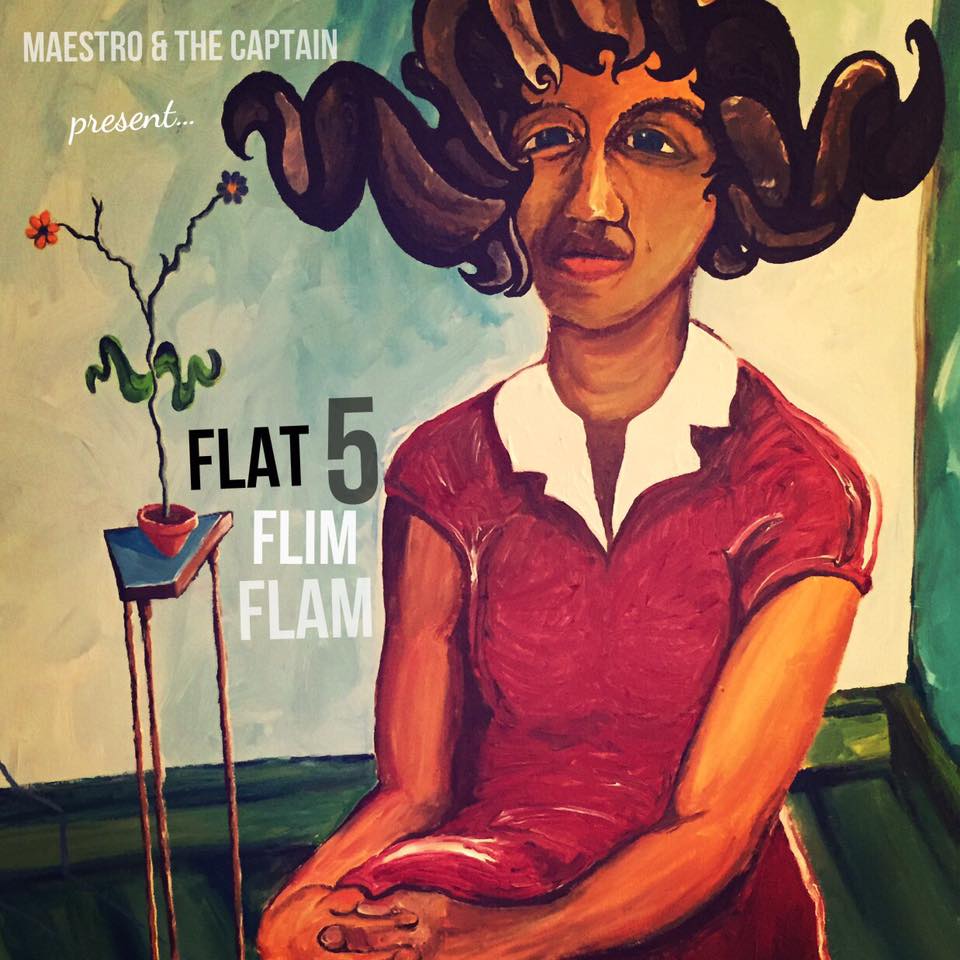 Once upon a time, Southern Oregonians were obsessed with The Cherry Poppin’ Daddies—the Eugene band that brought swing back to national prominence for a hot second in the nineties. The friend of mine that first played them for me explained her teen obsession thusly: “they were the only out-of-town band that bothered to play here.”

She wasn’t wrong. But only game in town or not, the music was pretty hot as well, and swing has held a place in my heart ever since.

That made it a joy to get copy of the Maestro and the Captain Present…, the debut album from local act, Flat 5 Flim Flam, which the band is releasing at a trio of shows: Thu., January 19 at Loft in Ashland, and then Fri., January 20, and Sat., January 21 at Bella Union in Jacksonville.

The 12-track collection isn’t the rambunctious punk take on swing of The Daddies, or even the driving beats of masters like Louis Jordan or Tommy Dorsey that defined the beat and genre for most listeners. The record hews closer to the smooth crooning jazz ballads that largely defined bar music pre-Elvis, or the kind of tunes you’re still likely to find ruling Frenchman Street dives in NOLA. Fans of Squirrel Nut Zippers will find much to like.

The biggest part of that sonic shift is the band going commando (no a brass section). You can’t get the big band orchestra sound without an orchestra, and as you can get from the name, Flat 5 Flim Flam has five members. Though there are a few guest horn lines, the songs are performed mostly acoustic, with instrumental melodies carried by snaking jazz lines on the guitar, clarinet, and accordion. That gives it an overall easier-going, mellower sound. That slacker-swing vibe is also present in a more relaxed vocal method.

The album’s second song, “Three Shoes in a Dryer,” dreamily deconstructs the ka-chunking polyrhythms of the song’s namesake. It’s silly riffing on a whimsy and delivered as such: a lazy beat like a summer day and a the purr of vibraphone filling out the sound.

The cheeky songwriting style—track four details how things are getting funky at the butcher shop—endures throughout, paying further homage to a genre known for its playful lyrics.

Flat 5 Flim Flam isn’t redefining the swing genre on Maestro and the Captain Presents…, nor are they aiming to. But that was just done with electro-swing, and it’s kind of awful. The only thing that can break swing to make it need fixin’ is if loses “that thing.” Everyone knows that. And that definitely isn’t the case here. From start to finish, Maestro and the Captain is laid back and smooth, with a relaxing feel and a finger-snappable beat. It ain’t going to spur a Newsie revolt, but it’s just the thing to bring a little class to what Professor McGonnagle would call “a tasteful evening of frivolity,” and it’s set a good bar for local music in 2017.

ROUGE SOUNDS: Slacker Swing Still Has That Thing on “Maestro and the Captain,” New From Flat 5 Flim Flam