Roots Music: Gill Landry Goes Back to Being Solo 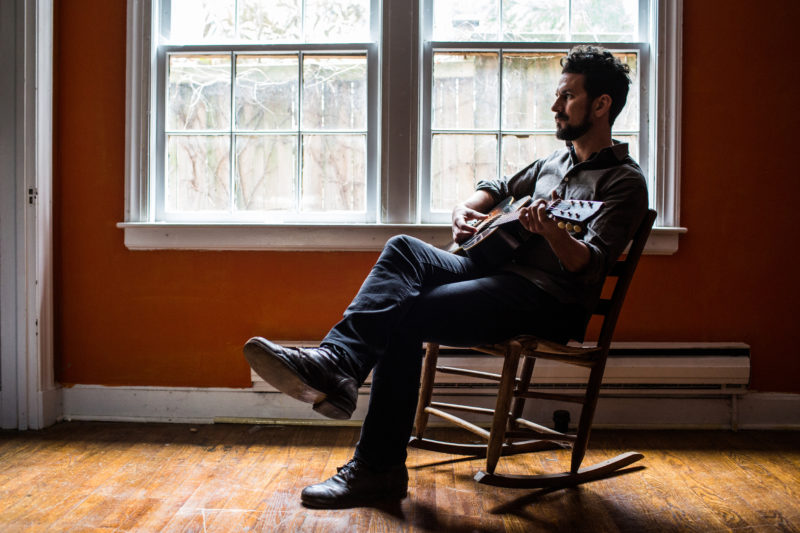 Gill Landry may be performing on the big stage at the Historic Ashland Armory on Thursday October 19, but the streets are where he believes he learned the art of performing; in particular, he explained, he picked up a few habits from his time as a busker in Eugene, where learned how to keep an audience captivated.

“When you start out, no one knows you,” Landry says. “The only judge are the people walking by. It’s dependent on your output.”

That output was judged good enough for Landry to join Old Crow Medicine Show in 2004, sending him on a ten-year journey that has gained him two Grammys, and shined his performance skills, especially keeping an audience engaged.

When joining the band, Old Crow Medicine Show was still playing small venues that attracted less than desirable turnouts, but, the band has gone on to become a staple in the American folk, and bluegrass scene with its now ubiquitous song, “Wagon Wheel.”

After his time with Old Crow Medicine Show, Landry felt the time had come for him to begin—or return to—a solo career, marking a scary but exciting new chapter in his life.

Being a solo musician has help shape, and evolve Landry’s  songwriting. While staying true to what he does best, learning new instruments and taking creative leaps, have created an emotional and liberating aspect to his music. You can hear this growth in his latest full length album,  Love Rides A Dark Horse. This album steps away from the typical “broken heart love songs” and instead creates a “map out of the darkness.”

“What I enjoy about singing these songs, a lot of what I’m saying is a reminder of what I was working though,” Landry says. “Everything in these songs is not meant to be poetic, as much as they are describing what I felt like”

Since he performs solo, Landry tends to play his electric/acoustic set before other larger bands come on stage where those years as a street musician and his years on stage can come together to create a beautiful performance.

Roots Music: Gill Landry Goes Back to Being Solo