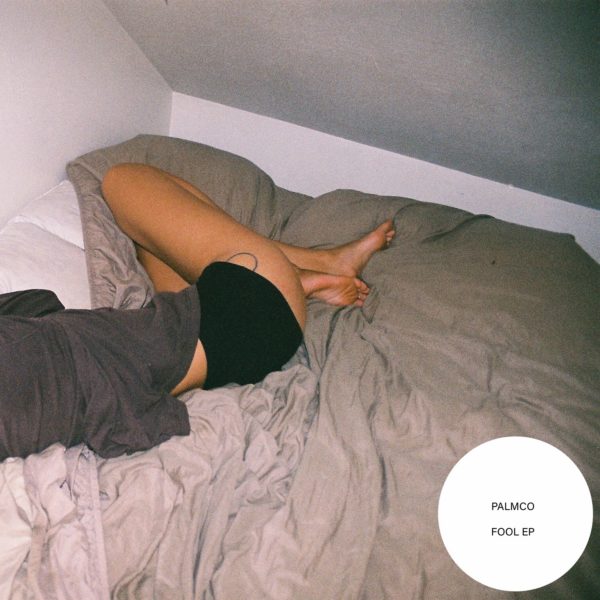 It’s been about three years since the last official release from Ashland-based songwriter/producer Mitchell Winters’ solo project PALMCO. In that time he has scored a record deal, toured extensively, and released his debut album with his other project, Slow Corpse. It is relatively common for artists in Winters’ position who experience rapid success to throw all their creative energy into the project that made them successful, sometimes to their detriment. PALMCO’s Fool EP seems to exist in demurral of this trend.

The EP opens with the flowery “Don’t Let Me Down,” featuring an upward-blooming arpeggiated synth in an odd meter, clarified a few bars later by sizzling drum machines. The track continues lumbering forward, adding more drums and thudding bass to the mix, with Winters’ vocals coming in around the one-minute mark. This intro exemplifies Winters’ skills as not just producer, but arranger as well. The track certainly isn’t lacking in hooks, but they don’t seem to be the main focus here. Rather than the traditional aim of songwriters to make catchy songs, Winters’ talent lies in his ability to create spaces within his music and inviting the listener to explore them.

The EP continues on through the dark and woozy “Lovin you,” arriving at the title track “Fool.” Adorned by phased bass, squishy pads and his signature multi-tracked harmonies, “Fool” bears a passing resemblance to Winters’ previous work in Slow Corpse. With a self-deprecation not often associated with electronic music, Winters sings lines like “I’ve been acting so difficult, it’s been typical of me”. The track balances a darker emptiness with bright chord changes and instrumental lines to beautiful effect. This honesty in subject matter and tension in arrangement really make “Fool” a standout track on the EP.

Another high point on the Fool EP is “Tame” with its swinging, glitchy drum patterns and destroyed bassline. One of the more upbeat tracks on the EP, “Tame” expands the overall scope  to include a wit and eccentricity many artists couldn’t muster with as few lyrics as this track allows. Another recurring facet of the Fool EP is Winters’ ability to showcase his voice as an instrument, achieved through actual singing chops, pitch manipulation, and all kinds of electro-diddling.

The track “youll be ok” continues the swagger introduced on “Tame,” and closes out the EP. Winters sings: “guarantees are often fake, how they look so great” with a palpable bitterness. Lines like this take on extra weight when you consider the context of the Fool EP; Winters seems to be singing about his encounters with successes and failures of the recent past all across this release, looking for paths forward. The talent is obvious and the future is uncertain, but this struggle soundtracks the present beautifully.