ROGUE SOUNDS: The Anomolous Nature of ‘Anonmoly’ by Primitive Acoustics 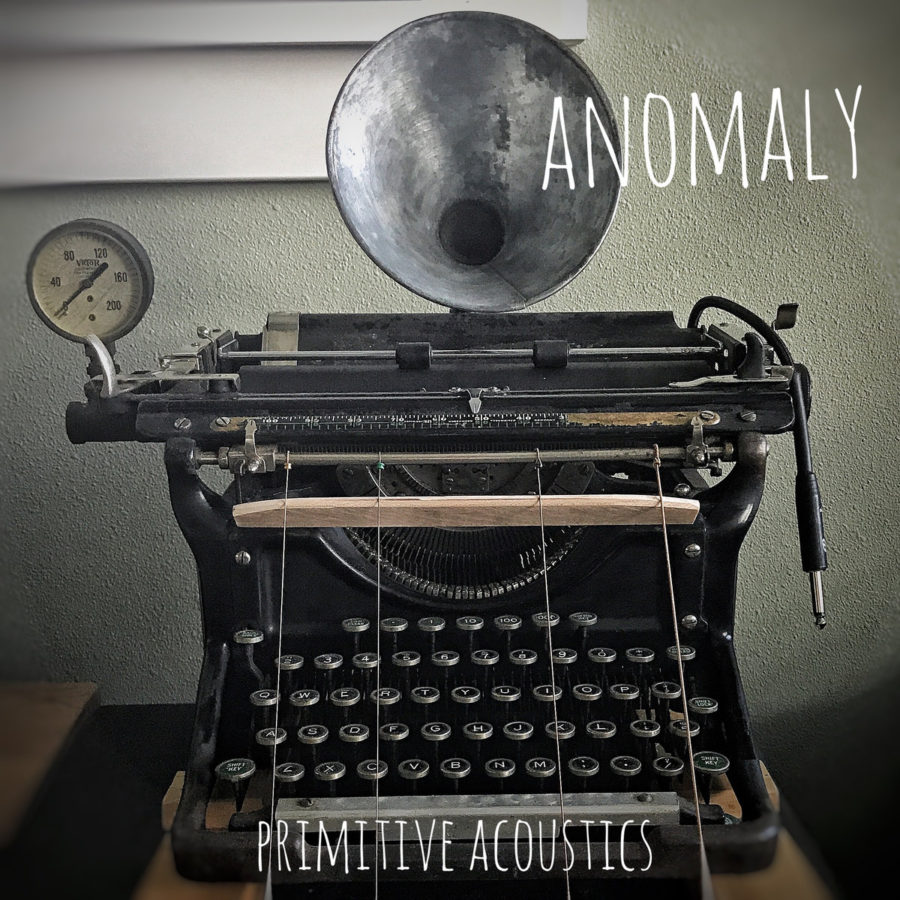 Forrest Gump’s mom was wrong. Boxes of chocolates come with labels. If anything, life is more like a local music review column in that you never know what you’re going to get. The genres are as fluid as the talent, and the moment you think you know what’s coming (probably something with banjos or sophomoric odes to weed), you get caught off-guard. At least that’s what happened to me with this issue’s subject, Anomaly, recently released by Primitive Acoustics.

Primitive Acoustics is the solo project of Ashland man, Tom Thompson. In his words: “He creates experimental electroacoustic instruments and performs original music and sound textures on his creations using a variety of fx pedals and looping.”

The general sound of the 15 tracks on Anomaly focuses on ambient textures rather than melodies that guide listeners through the composition like a dramatic plot line. There are noises, creaks, moans, and wails. There are bleeps and bloops, washes of reverb and more—including a fair amount of tape hiss. Thompson says some of the instruments he used to create Anomaly include a typewriter, a springbox, and cigarbox guitars, many of which he made himself. If it sounds alien, that’s because, compositionally, it kinda is.

The record opens with “Spy Station,” a buoyant piece that feels like it could be the closing credits for a sci-fi romance film.

The second track, “Station One,” has a more mournful and distant vibe that trends away from composition and towards sound installation.

Track seven, “Ambient Machines,” feels a bit haphazard, lacking some of the cohesiveness of the opening tracks. But things turn around with the slightly eastern flavor of “Count to Five Drone.”

The record closes with “Spring,” a warbly tune that feels like something went very wrong in a Samurai film.

But what’s surprising is that while this is the sort of experimental lo-fi ambient I expect from teenagers running a cassette tape record label out of their closet in major metro areas, it’s not something you expect to hear from Southern Oregon boomers. So score one for defying stereotypes.

Send albums for review consideration to editorial@roguevalleymessenger.com. They must be released within the past three months from artists based in our coverage area.

ROGUE SOUNDS: The Anomolous Nature of ‘Anonmoly’ by Primitive Acoustics