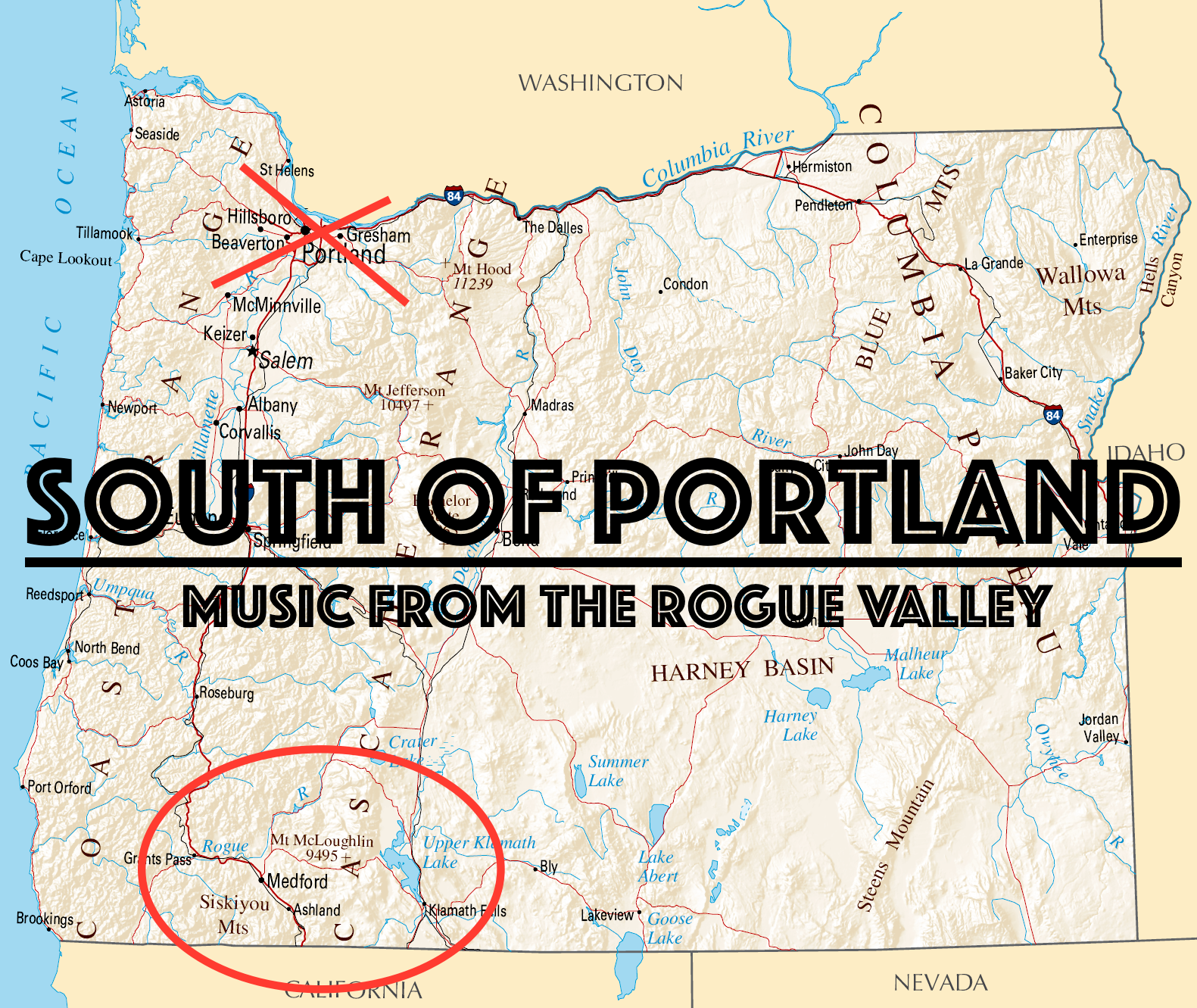 Oregon’s music scene gets a lot of traction. But just like Oregon’s politics, those of us south tend to get drowned out by the denser-populated Willamette Valley. But like the old cliché goes, quantity isn’t the same as quality. And we aren’t remotely short on talent here in Jefferson, just focus.

So rather than lay back and let all the great work that local bands have been doing get lost in the noise, the Messenger decided to gather it together in one place to make its own statement.

We gathered 12 of our favorite songs from local bands for a new compilation: South of Portland: Music From the Rogue Valley. It includes marquis Southern Oregon rock groups like Impulse Control, 100 Watt Mind, and The John Dough Boys, as well as up-and-coming experimental acts  like ADAPTR, Bora Bora, Iconoplasty, and Verbs and Nouns. We include hip hop acts like Josiah, and Holographic Girl, as well as folk acts like Rios, and The Brothers Reed.

The roster is truly mighty, including bands and styles from throughout the region, giving a thick sonic slice of this part of the world.

In the future, my hope is that it will be an annual collection looking back at the best local music of the previous year.

But since the point is provide a rallying point for Southern Oregon bands and fans alike, we’re inviting ya’ll to come celebrate the compilation with us with a live performance from four of the featured bands at Brickroom on Thursday, Dec. 15.

Bands on the bill include the experimental pop of Bora Bora, the sharp-as-nails hip hop of Josia, songwriting powerhouse Rios, and Ashland’s resident hipster dreamboats, Slow Corpse. It’s a valley-wide bill with a range of sounds, and is sure to be a rocking good time.

What’s more, everyone that comes to the show gets a copy of the CD. In fact, that’s the only way to get it. Why? History is made by those that show up. See you there.