Home»Sound»Rogue Sounds»ROGUE SOUNDS: Sneezing Along to the Beat- Here Comes Nothing by Summer Colds
Rogue Sounds/Sound

ROGUE SOUNDS: Sneezing Along to the Beat- Here Comes Nothing by Summer Colds 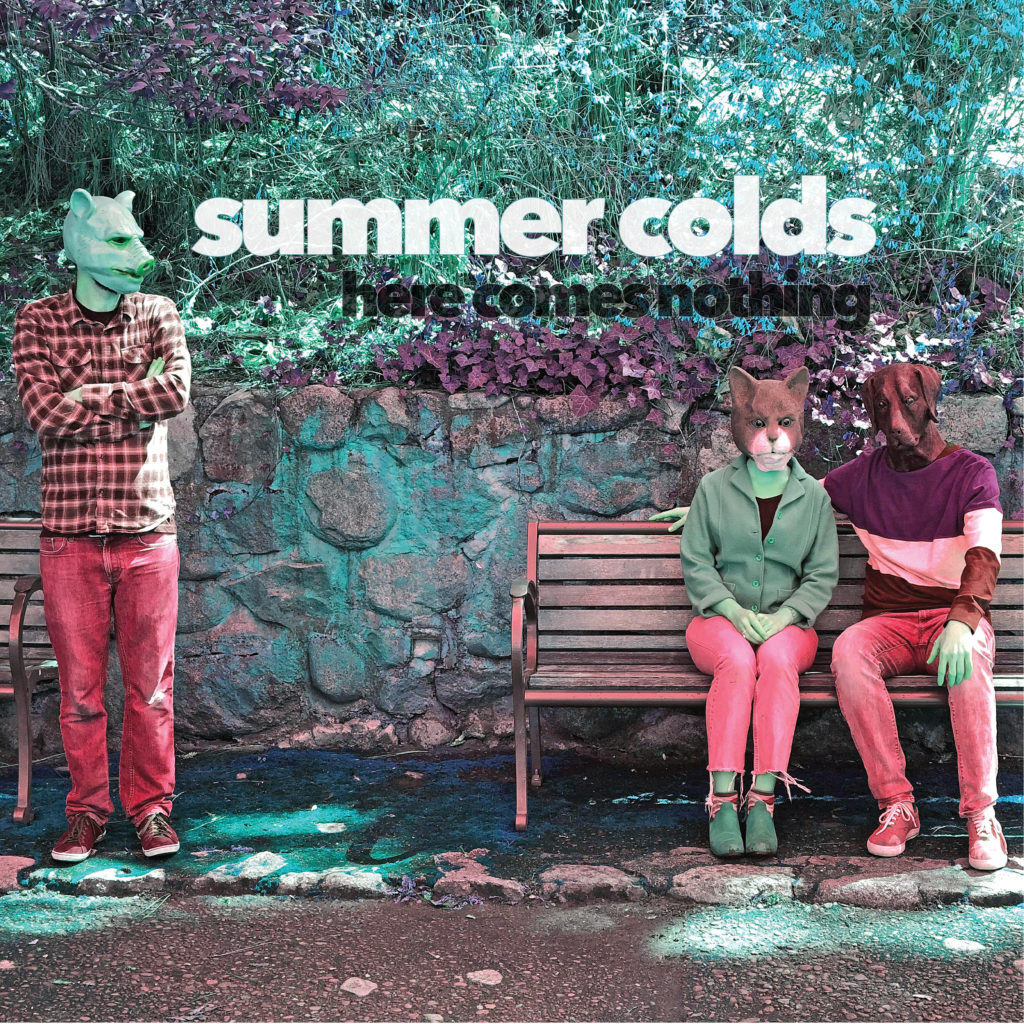 Summer Colds is the newest project helmed by Ashland based singer/songwriter Nick McNamara. After spending the better part of 2018 making a name for themselves through playing shows around Southern Oregon, they have finally delivered their debut album, Here Comes Nothing.

The record starts out with “Low,” a slacker-anthem about depression and partying. McNamara sings: “I’m drinking desert rose, ’til the bars all but close, and I’m running out to throw up in the snow again.” Emotionally revealing lyrics are juxtaposed against McNamara’s relaxed, metered vocals to great effect. The record continues with the short-but-sweet “Found” detailing a complicated relationship between two people.

The third track on Here Comes Nothing titled “Whiteout” makes great use of McNamara’s lyrical abilities, but perhaps in an unconventional way. McNamara has a way of stringing together phrases in a way that perhaps obscures their literal meaning, but elevates the actual sound of them. Take for example some of the first lyrics in “Whiteout”: “when that growin’ is, knowin’ is, goin’ without again, I would rather go out in a blow out of my doubt again”. When sung, there is an undeniable catchiness to these words that helps to cement McNamara’s place as one of the best pop songwriters in southern Oregon.

Another standout track on Here Comes Nothing is “Killing Flies.” McNamara sings: “I used to say hello to you, now I just walk on by, you used to say hello to me too, now I just wanna die.” Lyrics like this speak to the moments in life few people talk about but everyone experiences. The album continues on into “Sober October”, a track that continues some of the lyrical themes put forth at the beginning of the record. Here Comes Nothing feels like it exists in two pieces. The first, a recounting of party experiences with friends; the second, the fallout of those experiences.

With an album under their belts and an ever-increasing local fanbase, Summer Colds seem poised for a real break-out year. They have the songs, as well as the charm.

Stream Here Comes Nothing via Soundcloud (out on May 3rd)
https://soundcloud.com/summercolds

ROGUE SOUNDS: Sneezing Along to the Beat- Here Comes Nothing by Summer Colds