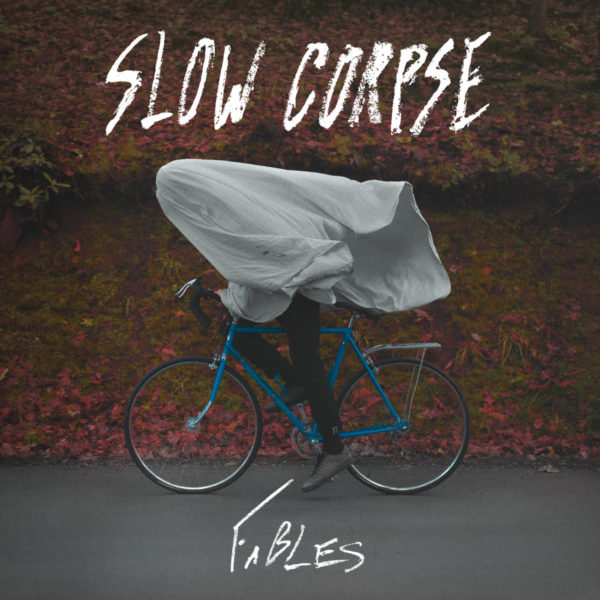 For a band called Slow Corpse, it rose from non-existence pretty quickly. The Ashland indie-rockers dropped a pair of EPs in late 2015, and immediately started packing clubs throughout the west, signing with Portland’s Cadillac of indie labels, Tender Loving Empire, in 2017.

The band’s first record with TLE, Fables, comes out on Fri., May 4, and it continues down a lot of the trails the band began blazing with the Hound and Moons EPs

Listeners that have only seen the band live might be surprised at the record’s mellowness. Slow Corpse’s live shows are raucous dance parties, and its recordings are head-bobbing case studies in R&B influenced power-chill.

That cool temperature is set right out of the gate on the first track, “Run It,” which is anchored by a thumping disco beat, and makes one want to sway more than hustle.

Track two is the definition of power-chill, with a driving beat on the hi-hat that drives you right into the couch for another bong hit, before picking up the tempo for the chorus.

Track 6, “Animals,” is based around a guitar lick straight out of Alabama Shakes brilliant 2015 album, Sound and Color (steal from the best), and a plinking synth.

The tenth track, “Cigarette,” is easily this reporter’s favorite, with a funky bass groove and a kicking beat amped up by sub-octave blasts of synth. It’s a track that feels somewhere between Kendrick Lamar and Tame Impala.

Fables closes with “Sycamore,” a get-down-in-the-sheets groove that evolves into a thumping bad acid trip with blaring synths, down-pitched vocals and beats dropped through the earth’s crust. But after a sexy tune like that, they’ve earned a big climax.

On the whole, Fables is less about the songs than it is about the vibe. Few if any of the tunes would stand alone as a chords and lyrics strummed solo at an open mic night. But dressed up as they are in harmonies, synthes, reverbs and swirls of chorus, they are the perfect underlying framework to frontman Mitchell Winters laconic whimsy; dreamy psych-pop ballads with the bobbing intensity of floating down a lazy river on a summer day. If Fables is any measure, then Slow Corpse is neither slow, nor in need of revival. In fact, they’re just revving up, and about to take off running.

Fables is available from Tender Loving Empire in multiple formats, including a limited-run vinyl pressing.