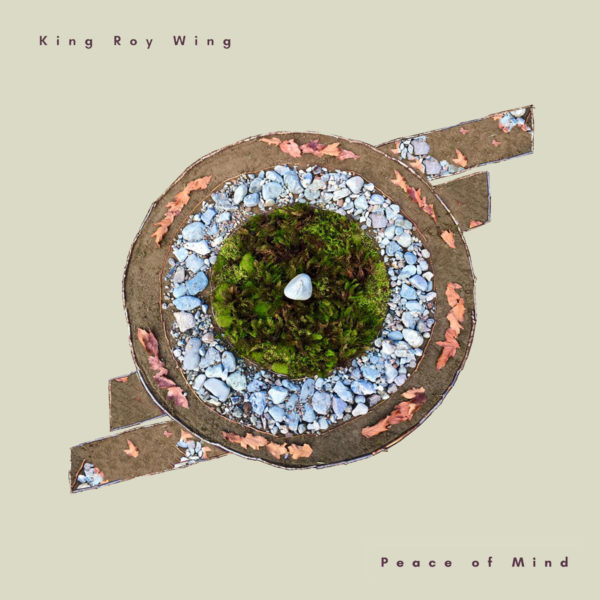 Writing about music has never exactly been straightforward. But it’s definitely getting harder to write about Americana. The genre is oversaturated, and so full of both modern and traditional conventions, that a lot of it just blends together.

I can’t really say that about King Roy Wing, and their new album, Peace of Mind, which the band released in early February. Oh sure, the mandolin plinks, and the harmonies hum. But the band frequently employs more complex rhythmic palettes and less obvious vocal harmonies that gives the songs their own style, and a lightly spooky atmospheric underpinning.

It’s clear from the self-titled opener, which tosses out the standard two-step jump or shuffle to proceed at its own staggered pace. Part of what makes those rhythms stand out to this critic’s ears, is that their use in the string band format, with polyrhythms often coming from the slap and pop of the bass, or runs of notes on the mandolin, or from the rhythm guitar tactically slowing or dropping out for a measure or so.

You can also hear it in the leisurely pace of the third track, “God Damn,” which is something of a stomp, but definitely stomps to the beat of its own drum—and some very tasteful trumpet.

Another effect of King Roy Wing’s approach to rhythm and harmony is music that is undeniably ear-wormy, but that is worm riding solo sans hook. And Peace of Mind is all the meatier in the long run for its lack of singles.

The album closes with “Shake the Bush,” a ballad anchored by the rumble of a bowed bass.

On the whole, King Roy Wing has made an album that is both totally a part of the Americana tradition, and that, homestead like, has managed to carve out a little piece of it to call its own. It’s solid work from stem to stern.

Peace of Mind is available to download via Bandcamp.