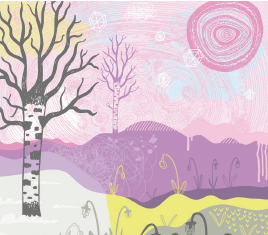 Being a local music critic requires keeping close tabs on the regional scene, on the net and in the clubs. But every so often a new band or artist pops appears on the radar, fully-formed, and you have to ask why it was you didn’t know about them. About 90 percent of the time, the answer ends up being that the music is more religious than a GOP primary debate.

The Sound of Goodbye, a freshly-dropped album from Medford-based songwriter Joshua Bedbrook, appears to rare album that bucks that trend, offering a passing religious reference or two, but nothing akin to the Firebreathing Sermons in E major this critic has come to expect from the slush pile.

The album’s title track leads the 10-song collection off, using a major key piano riff to anchor a catchy pop rock tune about the end of a relationship. There are definite shades of Randy Newman.

That’s followed up by “Rain Would Fall,” which harkens back to some of the major key ballads from The Beatles “we just met Dylan” phase.

The third song picks things up a bit with a rock backbeat, and slight electronic chirps, that pave the way for a keyboard and overdriven guitar pairing with harmonized vocal hooks on the chorus straight out of Working Class Dog era Rick Springfield.

The next several songs continue a descent into Dante’s seven levels of keyboard sequencing, and get corny pretty quickly as they move from sounding like Saint Springfield to REO Speedwagon.

The eighth track, “Friend,” gets back to ballad territory, and the ninth track breaks out some horns and an up-tempo beat to wax about the struggles of online dating.

The final track, “Being You,” is a bright and shiny acoustic strummer that could easily be billed as a Barenaked Ladies tune without anyone but the most dedicated Barenakedheads knowing the difference.

To be blunt: I don’t think my black metal heart much likes Joshua Bedbrook. It’s a bit too bright and shiny, and leans too heavily on the midi to have much of a sense of character. But it’s clean as a microchip factory, with deliberate composition and production and nary an errant note or off harmony to be found, and is as solid a pop-rock release as Southern Oregon has produced this year. That’s not nothing.

The Sound of Goodbye is available for download via Bandcamp.