Home»Sound»Rogue Sounds»ROGUE SOUNDS: Jam and Jelly from Accent Aigu Gets Back to the Bread and Butter of Electronic
Rogue Sounds/Sound

ROGUE SOUNDS: Jam and Jelly from Accent Aigu Gets Back to the Bread and Butter of Electronic 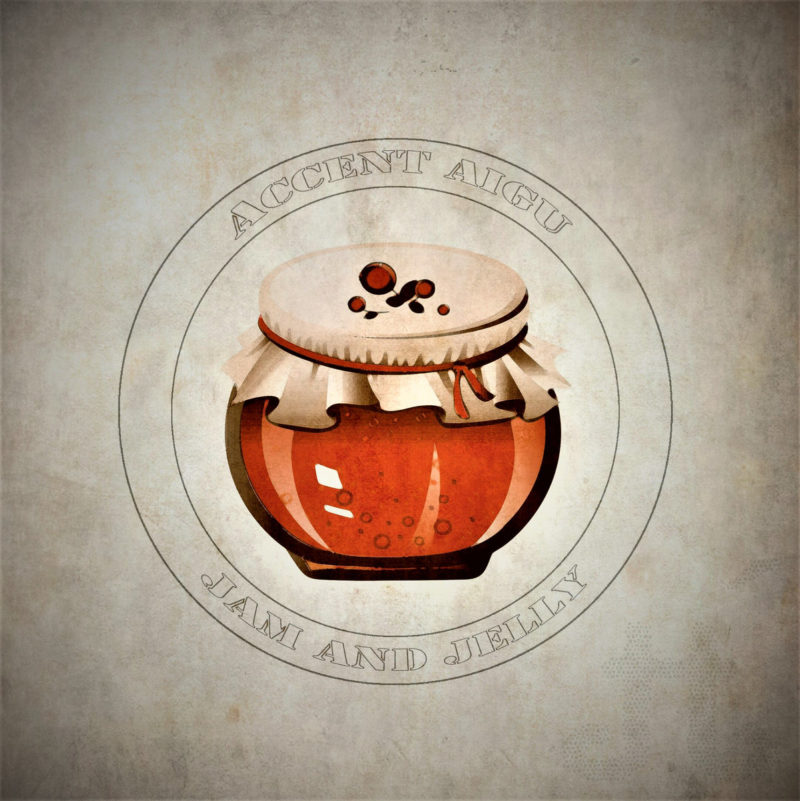 In his book, How Music Works, David Byrne of Talking Heads devotes a chapter to his theories on how the physical space in which music is performed in influences the music being created, as it encourages or discourages certain styles through acoustics and aesthetics. For example: the lush reverbs of a cathedral encourage voices in a choir, but would turn anything percussive into incomprehensible slurry, so if that is the performance space available to musicians, then it encourages them to avoid percussion, thereby influencing their choices as artists.

That follows with a field of French philosophy known as “field theory,” best summarized as stating the layout/design of environments (fields), influences behavior in those fields by facilitating certain behaviors. For example: If one goes to a bowling alley, they aren’t likely to suggest a game of softball, as the field is built for bowling. Or if one goes to a jazz lounge, they aren’t likely to light their strat on fire and hump their Marshall.

I was thinking about that while reading “The Death of the Electric Guitar,” in the June 22 Washington Post about declining electric guitar sales.

The reigning thesis of guitar-sellers interviewed was that younger generations aren’t buying guitars because there are no modern guitar heroes they wish to emulate. Though Taylor Swift spiked sales, they felt that without an Eddie Van Halen or a Jimi Hendrix, the instrument isn’t as alluring. Ignoring the innovative genius of contemporary players like Josh Homme, Marissa Paternoster, Dustin Wong, St. Vincent, Tom Morello, Jonny Greenwood, and SO many more, what was undiscussed was that guitar heroes do not simple blink into existence. They need venues in which to perform, hone and showcase their chops, and live performance venues suitable for guitar-hero’ing have been declining domestically for a decade now. What younger generations have access to, is the internet. And just like a cathedral is a field better suited to choirs, the small screen, production tools, and file-sharing capabilities make the internet a field better suited towards experimental and electronic music, hip hop, sample/remixing, and small, intimate acoustic performances—which might have something to do with why the same Washington Post article also discussed a spike in sales of synthesizers, samplers, and acoustic guitars.

I was also thinking about that while listening to Jam and Jelly, a new 14-track collection from Grants Pass electronic artist Accent Aigu, the act’s 32nd release currently available on Bandcamp. That’s a lot for a group with 77 likes on Facebook, and—what appears to be—no real live performance history to speak of. But the internet makes the sort of ambient downtempo that Accent Aigu specializes in easier than ever, while the production of rock remains as or more difficult than ever.

But guitar-o-phile that I am, I’m glad that Accent Aigu is tripping the synth fantastic. Whereas modern electronic tends to be heavier on layered, sculpted reverbs, and samples stretched, pitched and mutilated into constantly evolving percussion, this collection has a slightly-retro, early ‘90s MTV Amp (that crazy electronica show that came on around 3 am) era feel, with punchy repeating drums beneath synth pads and simple repeating melodies. Fans of Orbital, Underworld, and Josh Wink will find much to like.

Jam and Jelly is available for download via Bandcamp.

ROGUE SOUNDS: Jam and Jelly from Accent Aigu Gets Back to the Bread and Butter of Electronic