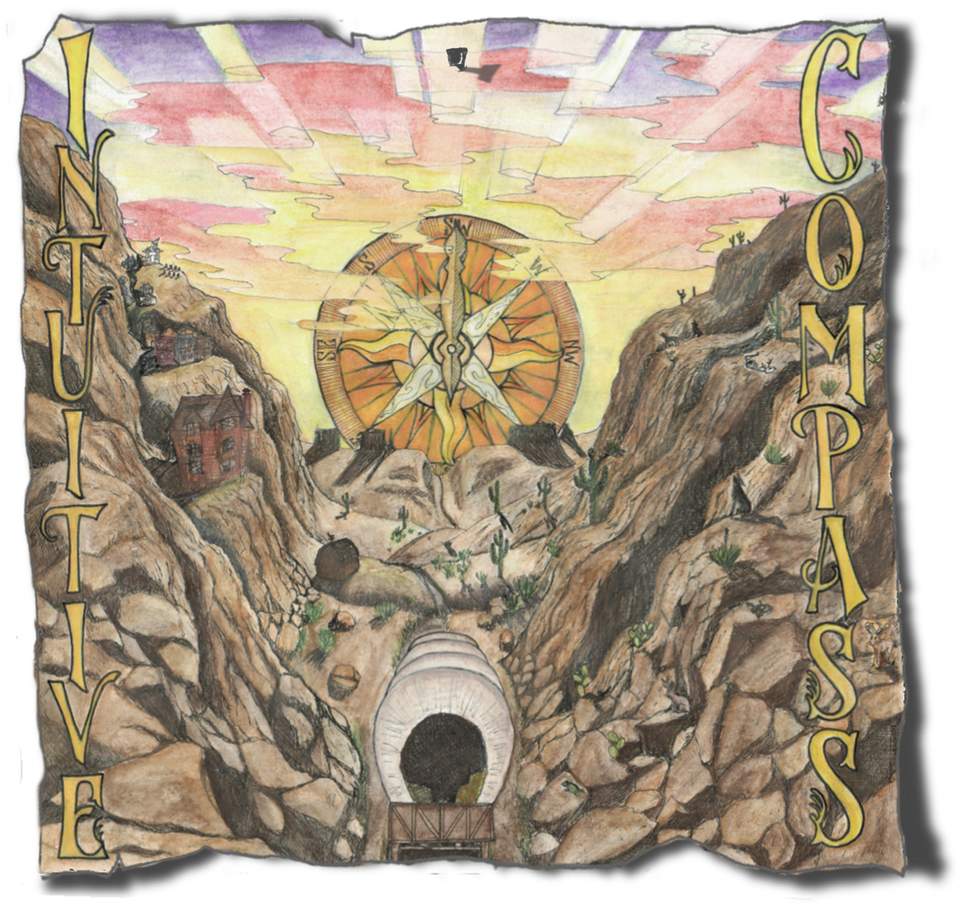 As a critic, I’ve made no secret of my antithapy towards the Rogue Valley’s penchant for folk revivalism. Not because I don’t like the music, but because of the rehashing of standards with lyrical themes about tripping the life hobotastic while fleeing the dust bowl while we are currently neck deep in our own songworthy age of inequality and poor environmental stewardship that is largely ignored in favor of cheap, insincere nostalgia from people with days jobs at a tech firm. In short: it’s a genre rife with posers.

That’s not the case with the Applegate Valley based family band Intuitive Compass. The band lives pretty much exactly what they sing (life as neo-Vaudevillians and ex-pats from civilization).

And it doesn’t hurt that their junkbox gypsy stomp combo of steel guitar, tap-stomp percussion and accordion is catchy as all hell.

The band released its fourth album, Intuitive Compass, last month, before setting off on a whirlwind tour of the legendary nightlife of cosmopolitan Alaska. They’ll be returning for a series of new album celebrating performances in Jacksonville: Fri., June 23 and Sat., June 24 at Bella Union, and then Fri., June 30 at the Schoolhaus Brewhaus.

The album is the band’s best to date, with a less cluttered arrangements, more cohesive production, and more mature writing than the band’s earlier recordings, which dabbled in the giddy sonic anarchy of a jug band all blowing jugs at once while banjos dueled for space in the mix.

Intuitive Compass opens with “High O Mountain,” a fast country shuffle about retreating from the rat race to a mountaintop, where the architecture will last eons, not decades, and one can live with nature, not at the expense of it.

The third track, “Who Turned on the Fire,” is one of the album’s best. It’s a spooky-sounding, multi-layered, Tom Waits-esque jazz tune about drought.

The album’s fifth song, “Field Road Blues” sounds straight out of a spaghetti western, with a slow shuffling beat, and a harmonica lead. It’s followed by, “Country Mouse,” a somber waltz.

Track 7, “Way of the Troubadour,” is a charming neo-western tune complete with fiddle and whip cracks.

The album closes with “On To Bisbee,” another charming instrumental shuffle with lovely flourishes of warm slide guitar.

With twangs of electric leads, crying fiddles, and more shuffles than stomps, Intuitive Compass leans more country than the band’s earlier recordings. I’m all for it. Besides showing creative evolution, it provides a pleasant sounding earnestness, though it is an earnestness you may need to get a copy to appreciate, since the band may soon well disappear back to the wilderness from whence they came. Intuitive Compass is available at local record stores, and at the band’s performances. If you can’t find one there, walk through the deep forest in the Applegate shouting their name and they just might emerge from the trees to give you a copy.